Dustin “Screech” Diamond May Be Saved by Shaky Surveillance Footage

By Chanel van der Woodsen on December 28, 2014No Comment 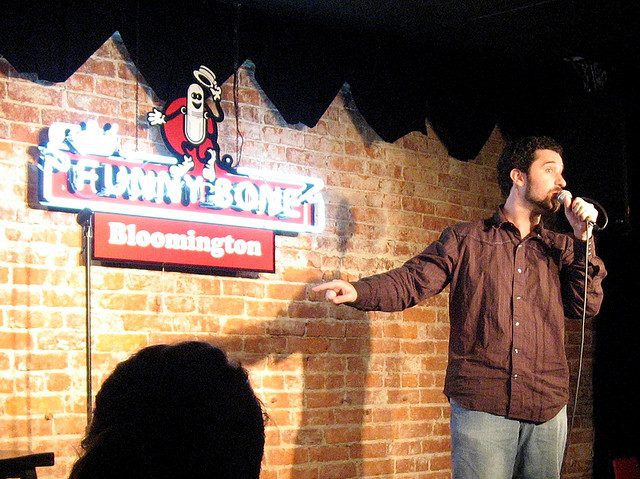 Dustin Diamond, a.k.a “Screech” of the former NBC hit teen sitcom Saved By The Bell, may or may not face legitimate persecution for the alleged switchblade stabbing that went down inside a Wisconsin bar early Boxing Day morning. While appropriate authorities have been doing their best to locate the video that proves the former teen star indeed stabbed the victim in question, bar staff have informed them that the footage they are in dire need of may not be in the most desirable quality in terms of figuring out what happened and when.

Staffers at the Grand Avenue Saloon, most notably owner Randy Buser, recently gave an exclusive statement to popular gossip website TMZ in which he detailed his experiences with said WI authorities. He says that although he made his best efforts in terms of cooperating with the investigation that is currently in progress regarding the aforementioned crime supposedly committed by Diamond, the footage the cops are seeking to examine may not be as extensive as they think. Buser says that although cops are certain that by reviewing security tapes that were filmed that night will give them the answers they need in terms of bringing Diamond to justice for the alleged violent crime haven taken place on December 26, they will most likely be disappointed due to the footage in question being extremely shaky and not in the best quality regarding who to point fingers at for committing said alleged crime.

Diamond is said to have gotten into an escalated argument with a man inside the Wisconsin bar in question, a fight that reportedly started after the other male attempted to take photographs of the SBTH star and his girlfriend without their consent, something that did not go over well at all with the 37-year-old one bit. Following the attack, the actor and his love interest proceeded to flee the bar and attempt escaping via vehicle, an endeavor that was cut short not longer after it began. Officers located the pair almost immediately, and arrested Diamond instantly after seeing the knife in question was located inside the vehicle. His girlfriend was similarly detained at the same time, although she was placed under arrest for disorderly conduct following her attempts to prevent Diamond from being incarcerated.

The victim in question suffered a non-fatal wound during the stabbing, being left with an abrasion half an inch deep under his armpit, one which he reportedly did not even realize was present until after the fact. Upon being brought to the hospital for his injuries to be examined, he was released almost immediately and has since recovered. Diamond has since given the statement that he action he committed was in self-defense, and that the couple was being attacked by the man in question prior to decision to switchblade the man in the armpit. He appeared in court on Friday, and his bail was subsequently set at 10 thousand dollars. He remains in custody as of right now.

It remains to be seen whether or not the bar footage in question will be enough to warrant a conviction for Dustin “Screech” Diamond in regards to his arrest for stabbing a man with a switchblade at a Wisconsin bar on Boxing Day. Further information on the matter has yet to be revealed.