Idris Elba Not Handsome Enough to Be James Bond? 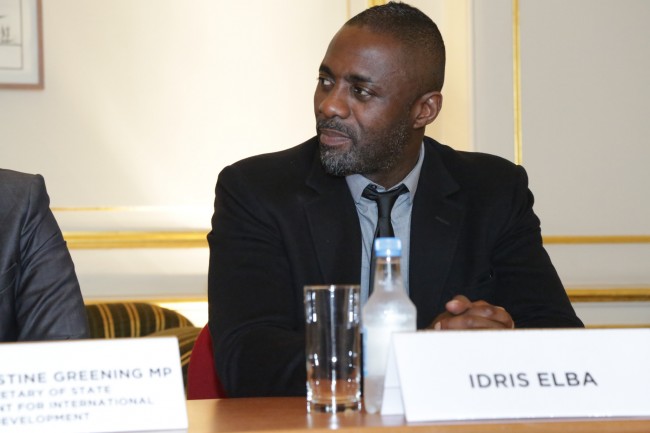 Idris Elba not handsome enough to be the next James Bond? That is what Elba claimed, though perhaps facetiously, in a photo he posted on his Twitter account. He is mugging for the camera, though, and is unshaven in that particular photo. Still, many fans are loudly proclaiming he would make a great James Bond, if Sony and Columbia choose him for the role.

It might be a couple of years or more before fans of James Bond and/or Idris Elba get to see the Thor: The Dark World actor in the iconic role of 007, though. Even if Elba is chosen to be the next James Bond, Daniel Craig is still currently under contract to play Bond. Craig has stated that he would like to get out of the contract he has with Sony, but even if he is able to get out of it, he is currently still working on the next James Bond movie, Spectre, which will feature actor Christoph Waltz as the main villain. That movie is not scheduled to be released until November 2015.

If Daniel Craig is not successful in getting out of the contract, he will be obligated to make one more Bond flick after Spectre. So, if Craig appears in yet another Bond movie, Idris Elba will not have the chance to take up the role for possibly four or more years.

Spectre has been plagued with problems, from having had the script hacked and leaked to being grossly over budget. Production costs are estimated to be more than $300 million, so the movie will have to be extremely successful at the box office just to break even. It could be a blessing in disguise for Daniel Craig if the movie is a flop, though, because if it flops at the box office, he might be granted his wish of being released from his contract.

Two other actors who played James Bond walked away from the role sooner than was expected, Timothy Dalton and Sean Connery. Perhaps, history will repeat itself, and Daniel Craig will also bow out of playing the character made famous by author Ian Fleming. If he does that, the role would then be open for Idris Elba, or whoever is chosen to be the next Bond.

The choice of Idris Elba as being a possible successor to Daniel Craig was revealed in the recent hack Sony experienced. His name came up in an email sent between a Sony executive and a Columbia one. Elba is a talented actor, who definitely has the potential to do the role of James Bond justice.

Idris Elba just does not want people to think of him as “the black James Bond.” He would rather be considered just by how well, or poorly, he portrays 007.

One person who does not think that Idris Elba, or any other black man, should play Bond is the American radio talk show host, Rush Limbaugh. He has stated that he believes Ian Fleming only intended for James Bond to be white and Scottish, like Sean Connery. Limbaugh said that Bond should not be a “black Briton.” He realized, as he said it, that he might be sounding racist; but, he is on record as stating he does not think a black man should play the role.

Limbaugh is probably not the only person to take a rather dim view of a black person playing James Bond. Some fans are just simply used to seeing a white man play Bond, as white men have filled that role in every Bond movie so far, and there is a nostalgic aspect to watching the older Bond movies. There were even some fans who did not like it that Daniel Craig was blonde and blue-eyed, unlike any previous actors to play 007.

Iris Elba is taking it all in stride, both the positive and negative comments he has been getting. He has stated he would gladly take the role if it was offered to him, but he is not so full of himself that he is above making a little bit of fun at his own expense, as evidenced by his remark about not being handsome enough to be James Bond.