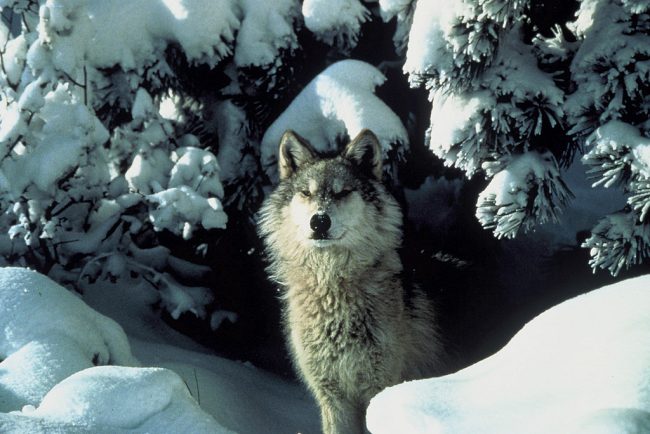 U.S. District Judge Beryl Howell ordered that the gray wolf be returned to the status of endangered species this Friday. This ruling overturns a decision made by the U.S. Fish and Wildlife Service in 2012 to remove federal protections for the wolf.

The federal court’s decision will only affect the gray wolf’s status in the Great Lakes area, namely in the states of Wisconsin, Minnesota and Michigan. Wolves in the western states of Montana and Idaho will remain off of the endangered species list.

By removing the gray wolf from the endangered species list, the federal government effectively opened up hunting and trapping seasons for wolves by handing over management to the states. In the two years since the U.S. Fish and Wildlife Service’s decision, more than 1,500 Great Lakes wolves have been killed. During this fall alone, 272 wolves were killed in Minnesota and 154 were killed in Wisconsin. Hunters in these two states used a common method: 80 percent of them were caught in leg-hold traps and then shot. Unless it is overturned, the federal judge’s recent decision will prohibit any further hunting and trapping of gray wolves in these states.

Because of relentless efforts by hunters and trappers to wipe them out in the twentieth century, wolves were essentially extinct in the lower forty-eight states by the late 1960’s. Around this time, scientists believed there were maybe 300 wolves left. Their last stronghold was the deep woods of upper Minnesota and the Upper Peninsula of Michigan. They too would have likely disappeared if not for the monumental decision in 1974 to protect the gray wolf under the Endangered Species Act.

The species has made a remarkable comeback since that decision in 1974. Gray wolves have been reintroduced in the Northern Rockies and wild wolf populations in and around federally protected areas such as Glacier and Yellowstone National Parks have flourished.

Amongst conservationists and animal protection advocates, the consensus is that the gray wolf should continue to be protected under the Endangered Species Act. These groups believe that even though wolf populations have rebounded significantly, it does not mean we need to start killing them again, and that doing so will counteract the recovery efforts of the past forty years.

Ranchers and hunters, on the other hand, disagree with Judge Howell’s ruling to return the gray wolf to its former status as an endangered species. Because of the wolves’ tendency to prey on livestock, ranchers believe it is their right to kill the wolves in order to protect their property. Hunters believe that wolf populations need to be managed by humans to prevent them from overpopulating. The U.S. Fish and Wildlife Service, which generally sides with sportsmen on these issues, is also at odds with Judge Howell on this issue. Spokesman Gavin Shire called the decision “a significant step backwards.”