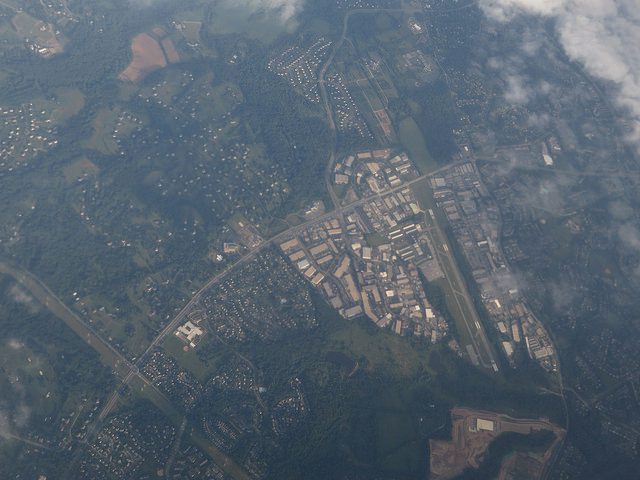 A small private jet plane went down and crashed into a house in Montgomery County, Maryland, killing six people. Three of the dead were inside of the house, and three were passengers on the jet. According to Montgomery County Fire and Rescue representatives, there is still a possibility that a fourth person was on board the flight. Given the fireball that resulted from the crash, engulfing the plane, the house, and setting two others on fire, it is unlikely that if there was a fourth person that they would have survived.

The National Transportation Safety Board is sending an investigator to the scene. The only information on the plane was that it was a twin-engine jet making an approach for the Montgomery County Airpark. Witnesses say that the plane was coming in too low and ran into problems over the neighborhood where it finally crashed into the house. Gaithersberg, Maryland is a suburb of Washington, D.C. and residents say that they have often seen planes flying low like this one in the area, but have not seen a problem like this until now. Details are incomplete at the current time, but as the investigation continues, more information is expected to be made public.