Not Enough Primary Care Physicians for the New Obamacare Signups 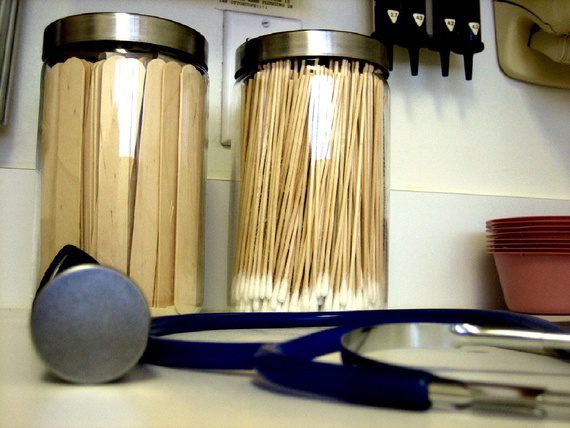 Though the healthcare reform, known as both Obamacare and the Affordable Care Act, has helped millions of people sign up for health insurance it is lacking in certain areas. American citizens are now able to purchase healthcare coverage without discrimination and, in some cases with help paying for premiums, but the government forgot to plan on what to do when the amount of people signing up far exceeded the amount of doctors. With recent reports it seems that there are not enough primary care physicians for the new Obamacare signups. As well, with time running out on setting a budget, the republicans are pushing to find more funding for primary care programs.

It is a slippery slope in which the problem for primary care programs and physicians continue to slide on. Many are signing up for new insurance plans under the Obamacare laws, only to be assigned to a primary care physician that cannot take the patient, due to being at full capacity. Some doctors have found a balance with hiring nurse practitioners to help them with their incoming flow of patients. However, many primary care physicians are not even involved with certain health insurance carriers because of the budget cuts that those carriers made, in order to save money for other costs. Because of this patients are finding it hard to see a doctor. Many are being forced to travel or even wait a long time in order to get in.

The point of assigning primary care physicians was to help people spend less money by going to the doctor, rather than using the emergency room or urgent care facilities, which costs more for treatment. However, keeping up with the almost 6.7 million patients signed up with Obamacare plans is proving difficult, as there are not enough primary care physicians for everyone.

In addition to having concerns over the amount of doctors, an epidemic being labeled as the “primary care cliff” is on the minds of many politicians who foresee a major disaster if funding is not found for primary care programs that cover over 22 million poor Americans. These programs support over 9,000 community health centers with federal funding, in addition to helping provide scholarships and student loan repayment for healthcare professionals. Funding is also provided for many healthcare facilities that offer teaching and training for medical and dental residents, in the amount of $230 million.

Without funding for these programs the government could be eventually looking at having even fewer primary care physicians, as well as the loss of care for millions. According to sources, the funds were not set aside for these programs because it was expected that all states would expand Medicaid programs, leaving a lesser amount of people needing help from community health centers, as they would have coverage from the state. However, only 28 states have actually expanded, so far. This leaves the government to find extra money in the budget to take care of primary care programs and physicians.

As the government is scrambling to take care of the issues that seem to be coming up since the introduction of the Affordable Care Act, patients and physicians alike seem to be waiting for answers to fix the overwhelming problem. With not enough primary care physicians to cover all of the new signups to Obamacare plans, something must be done to ensure that patients still get the care they need from the insurance they are now paying for. Many wonder if the government will be able to find the funding needed to put balance into the healthcare reform.