By Kelara Pumphrey on December 7, 20142 Comments 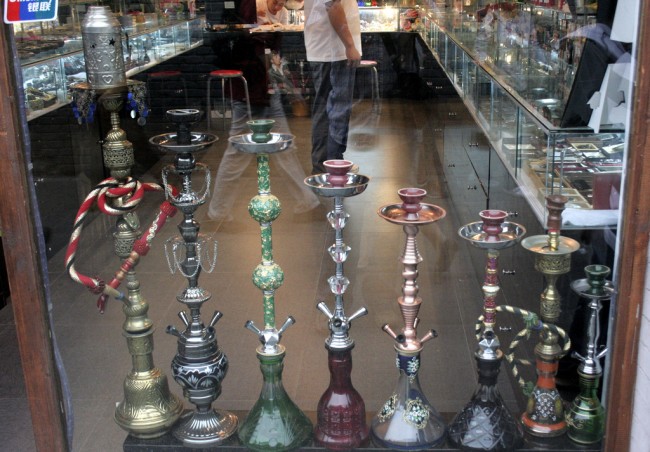 Hookah smoking has been a growing fad among college students in the U.S. for a few years now. However, most are unaware of just how harmful it is to the health. The Centers for Disease Control and Prevention recently published a survey of 500 college students, many who were unaware of the dangers of smoking hookah. However, researchers state that smoking hookah for one hour may equal 100 cigarettes.

Originating from India and Persia, the hookah is a water pipe that passes tobacco smoke through water before inhaling it. The water pipe uses different flavors of tobacco such as mint, cherry, apple, coconut and watermelon. And is usually passed around in a group setting. Although many users think it is less harmful than cigarettes, the truth is the risk is much the same or possibly higher.

Experts believe the smoke that rises from the water pipe is very toxic and causes lung cancer, heart disease and other diseases. Tobacco use is the most avoidable cause of death in the U.S. In addition to tobacco, the hookah smoke also contains high levels of carbon monoxide as charcoal is used to heat the tobacco.

When compared with cigarettes, the tobacco is no less harmful and the water does not filter out any toxins. It is more likely that a hookah smoker will inhale more tobacco than cigarette smokers do to the large volume inhaled at each puff. Smoking hookah for an hour-long session involves approximately 200 puffs, while smoking an average cigarette involves 20 puffs. Therefore, it’s easy to see how smoking hookah for one hour may equal 100 cigarettes.

The use among college and high school students is growing rapidly. The water pipes vary in shapes and sizes and typically has a flexible hose with a mouthpiece. Hookah smoking is usually done in groups, passed around with the same mouthpiece. This may be the reason for its popularity among high school and college students. It creates a social setting for people to talk, feel connected and usually includes libations.

Globally, more than 100 million people smoke hookah regularly. This amount is likely to increase with the recent creation of cafes and bars worldwide. However, reports show that hookah smoking is much more popular among American youth. In many parts of the world hookah is more commonly used by men as part of a bonding ritual and is typically not inhaled similarly to smoking a cigar. However, among the growing trend in the U.S. of hookah smokers, women smoke just as much as men and the water-pipe is quickly replacing the cigarette.

The smoke from the hookah is considered palatable; another reason it is becoming highly addictive to many youth. The FDA banned flavored tobacco in cigarettes but the flavored brands are widely available for hookah smokers. Then there’s the artistic design and fun colors that are available which makes smoking the hookah fun and appealing to the eye. It is believed these things attract the younger crowds to the trend. For a young person sharing a water-pipe with friends, it is very easy to forget that one hour of smoking hookah may equal 100 cigarettes.

2 Responses to "Smoking Hookah One Hour May Equal 100 Cigarettes"