Peter Pan Live! will finally be shown live, across America, by NBC tomorrow, Thursday, December 4 at 8:00 p.m. (ET/PT). Included in this article are a few photographs that NBC released today from rehearsals that should get viewers even more in the mood to watch the much-anticipated live musical event.

NBC has been building up Peter Pan Live! for several months now, and commercials for it have been on TV morning, noon and night. Though the live musical event has, perhaps, been somewhat over hyped, it stands to be one of the most-watched specials of December. It is billed as a show that the whole family can watch and enjoy together, and it could turn out to be an instant classic, if everything works out well and there are no major blunders. 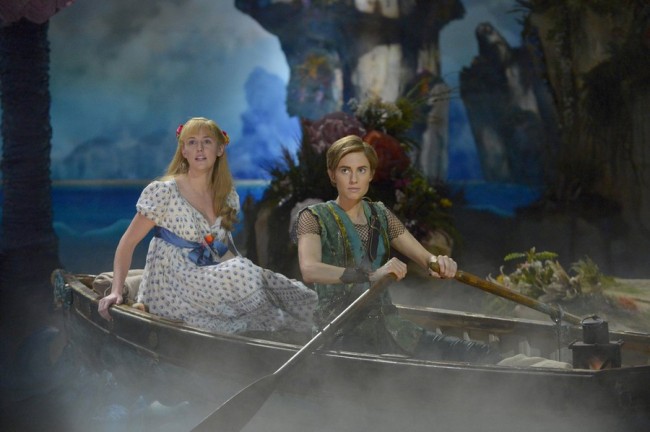 Actress Minnie Driver, who stars in NBC’s About a Boy, is one of the most recent additions to the cast of Peter Pan Live!, as both the adult Wendy Darling and as the narrator for the entire production. Driver has been nominated for many awards in the past, such as for Golden Globes, Emmys, and Oscars, and she had an important supporting actress role in the movie Good Will Hunting. She is likely to add more nominations for her work on this live NBC musical production.

According to Robert Greenblatt, Chairman, NBC Entertainment, “She’s a classy addition to our wonderful cast.”

Minnie Driver is also a recording artist, and Ask Me to Dance is her most recent album. There are songs on it written by some of the biggest names in the music industry, like John Prine, Neil Young and even the amazing Stevie Wonder.

Besides the news that Minnie Driver was added to the cast of the NBC live musical production, the day before Thanksgiving, Wednesday, November 26, a very interesting special was aired on NBC, The Making of Peter Pan Live!, revealing secrets behind the production and how the many talented people involved in it have come together to produce the live musical event. 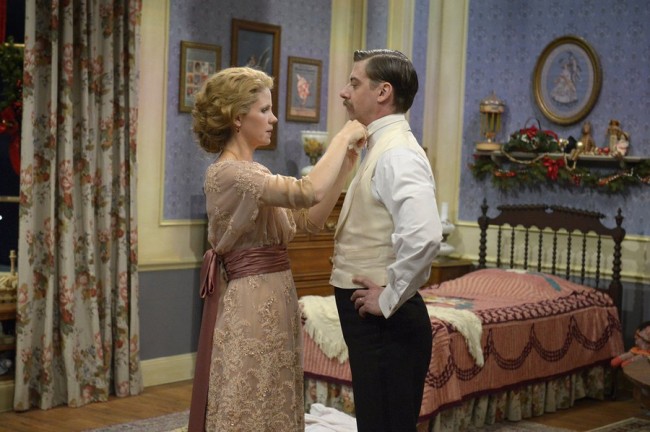 The NBC special The Making of Peter Pan Live! was an hour long, and it showed scenes of the cast rehearsing; the dog, Nana, learning tricks; Allison Williams, as Pan, “flying”; Christopher Walken, as Captain Hook, singing, dancing and sword-fighting; and much, much more. The special was filled with behind-the-scenes peeks into the making of the NBC live musical production.

Other actors and actresses in NBC’s live musical production include Kelli O’Hara as Mrs. Darling and actor Christian Borle as both Mr. Darling and Captain Hook’s right-hand man, Smee. Craig Zadan and Neil Meron, who co-executive produced last year’s NBC special, The Sound of Music Live!, returned to do the same with Peter Pan Live! Check out the photos from rehearsals that NBC just released, and enjoy the show tomorrow night!