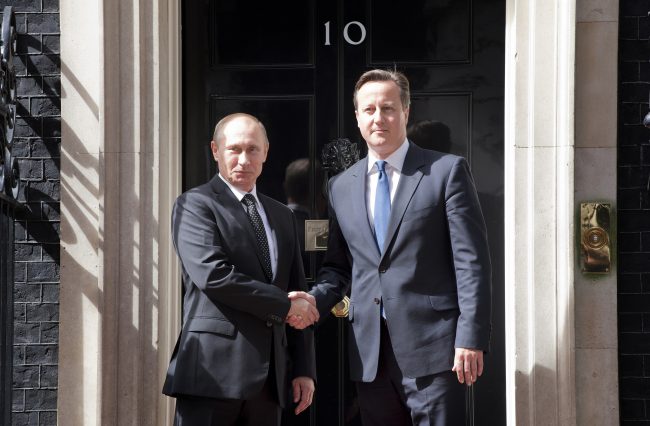 The world took a big step towards a new Cold War on Friday after Russian President Vladimir Putin made his State of the Nation address. Putin name the United States of America and NATO as the two single biggest threats towards Russia, giving a strong feeling towards the hold Soviet era Cold War.

The naming of NATO and the United States by the Russian President as threats is now military doctrine and adds stress and pressure on any relationship between U.S. President Barak Obama and Putin. Since Russia’s annex of Crimea and the ongoing back and forth conflict with Ukraine, the two powers along with the EU on the side of the U.S., have been at odds with numerous sanctions being leveled on Russia.

The steps Putin is making towards a new Cold War in Europe were loud as he indicated that he is concerned that NATO is trying to establish a foothold around Russia as part of a strike program. The United States Prompt Global Strike program is a special case initiative that allows for a rapid first strike of potential threats using hypersonic conventional weapons. According to the program, within an hour, the quick strike could disable weapon threats to the U.S. or NATO before they are launched, without the use of nuclear weaponry.

Critics believe that Putin is exaggerating his fear of NATO. NATO has taken the stand that they pose no threat to Russia, but any move is a defensive move to protect member countries and are within full compliance of stated international laws. NATO is clear that, while they have laid sanctions on Russia, their primary concern is for the well being of their member state. NATO, however, does feel that Putin’s move on Crimea did breach international law.

Protests in Kiev forced the then Ukrainian president, who was a friend to the government in Moscow, into exile in Russia. Russia annexed the Crimean Peninsula in Ukraine and Russian separatists have fought against troops from the Ukrainian government in the eastern part of the country. This led to sanctions from the EU, U.S. and NATO countries against Russia. Some were concerned that Putin may be looking at invading Ukraine and other states that use to be under the Hammer and Sickle to form Putin’s version of the Soviet Union.

The pro-Western parliament of Ukraine passed a law Tuesday that gave up the nonaligned status of Kiev, a move that many in Ukraine hope will take them to becoming a member of the EU and NATO. Moscow was quick to respond as Sergei Lavrov, Russian Foreign Minister called the new Ukrainian law counterproductive.

Russia continues to deny it supports the Ukrainian separatists that have rebelled against the Ukrainian government. Now, with Putin signing the revised doctrine, naming the U.S. and NATO as threats to Russia, it appears the structure for a new iron curtain may be in the works. While the strike program by the U.S. and NATO fall under international law, it may just be what Putin has been needing to raise his own Soviet flag over the Kremlin ushering in a new Cold War.