Sony to Investigate If North Korea Behind Cyber Attack 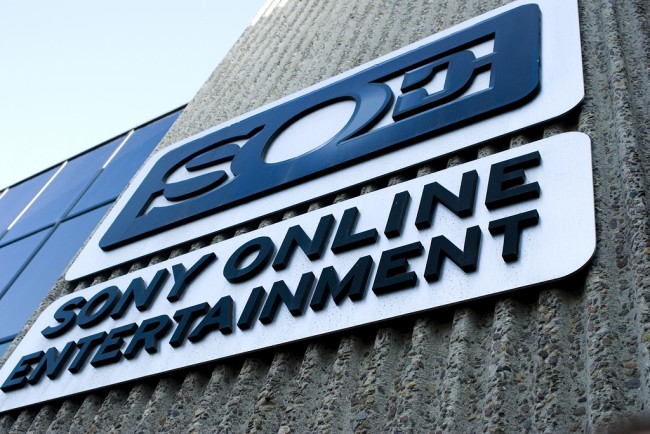 Sony is cooperating with U.S. law enforcement investigating if North Korea is behind the recent cyber-attack at Sony. Sony Pictures’ online network was hacked and five movies were leaked illegally reported NBC. Concerns have been brought up that the attack might be linked to Sony’s upcoming film, The Interview, which features a CIA operation to murder Kim Jong-un, the North Korean leader.

The movie is scheduled to be released on Dec. 25. An official for North Korea slammed the movie calling it a desperation move by American society reported The Telegraph. Briefings by several agencies have named North Korea as a possible suspect behind the attack.

A group calling themselves the Guardians of Peace, or GOP, claimed responsibility for the breach. The hack began on Nov. 24, when employees’ workstations bore the phrase “Hacked by #GOP” with an image of a skeleton superimposed. The group threatened to release top-secret information of the company.

The extent of the hack has not been fully assessed yet but emails to several Sony employees were undeliverable. Sony employees have been advised not to use company communications and to rely on personal emails and texts to communicate with one another while authorities investigate the possibility of North Korea or other enemies being behind the attack.

Copies of unreleased movies such as Mr. Turner, Annie, Still Alice and others along with the war movie Fury appeared online on Nov. 27. An individual claiming to be “the boss” of the group emailed reporters later on that day with links to the alleged pirated internal data. The person advised that more interesting information had been hacked. Fox Business reported that Angelina Jolie, Cameron Diaz, and Jonah Hill’s personal email and information may have been compromised by the hackers.

Fury, according to piracy-tracking firm Excipio, has been downloaded over 1.2 million times since the leak and the movie is still in theatres. The firm reported that it is the second highest most downloaded movie being pirated. Annie, another major Sony movie, has also been released via peer-to-peer networks. The leak has come three weeks ahead of the scheduled release date for the movie. A Sony spokeswoman said that the theft of the content is a criminal matter and they were cooperating with authorities, reported Variety.

The hacking of the network marks the largest incident of piracy since July. Lionsgate’s Expendables 3 showed up online three weeks prior to its release. Two men in London were arrested this week by authorities in connection with the pirated movie.

Reuters has reported that the FBI issued a warning to U.S. businesses that hackers launched a massive cyber-attack and to beware malicious software. Experts have said the software described in the bulletin match the occurrence at Sony. Chief cyber-security officer for Trend Micro Inc., Tom Kellerman, said the attack represented a watershed event.

The five-page memo highlighted technical details of the malware used in the attack. It advised on how to respond to it in case infected by it and asked to report similar malware to the FBI. According to the report, the malware does a system override on all hard drives including the master boot record. The malware makes it very difficult, if not impossible to recover the lost information with traditional forensic methods. A spokesperson for Sony said that a number of important services had been restored and was working closely with authorities to investigate possible leads such as North Korea being behind the attacks. She did not offer any comments on the warning issued by the FBI.