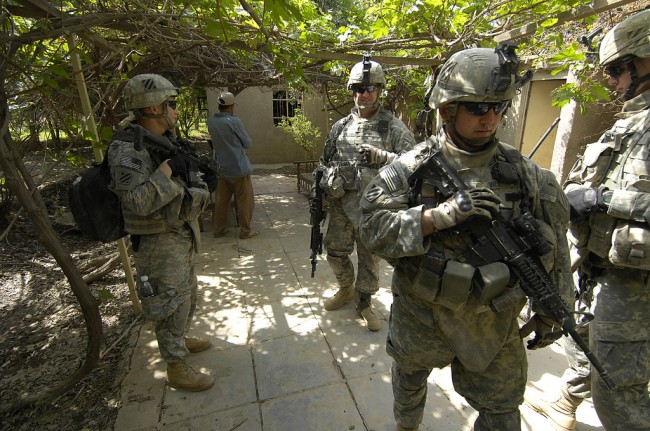 South African hostage, Pierre Korkie, 56, was killed prior to his release by Al Qaeda in a failed U.S. bid to rescue American freelance photographer, Luke Somers. An aid group claimed that Korkie was scheduled to be set free by the militant group on Sunday. The aid group, Gift of the Givers, said a deal had been negotiated with the terrorists last month to release Korkie which included a ransom or “facilitation fee.”

Korkie and his wife, Yolande, were kidnapped in Tazi, a city in Yemen, 18 months ago while doing relief work. Yolande was set free in January with no ransom collected. According to the Associated Press, the militants originally asked for a $3 million ransom to release Korkie. That ransom was later dropped but the group demanded a fee paid in order to facilitate his release. The undisclosed fee was raised by members of Korkie’s family as well as friends, the South African Press Agency reported.

Gift of the Givers founder, Imtiaz Sooliman, said that Yemeni leaders met Saturday morning to finalize security and logistical details related to the hostage release. At 5:59 am Saturday, he spoke to Korkie’s wife advising her, “The wait is almost over.”

According to U.S. officials, Korkie and Somers were shot by Al Qaeda early Saturday in a fire fight. A team of 40 U.S. commandos were found approaching the compound where the hostages were allegedly held. Based on Korkie and Somers’ location, officials stated it was not possible the South African hostage and the freelance photographer were killed by American fire prior to release.

The South African hostage and the American journalist were dragged onto V-22 Ospreys where a medical team quickly tended to their wounds. They performed surgery in the air on the hostages but one died during the flight to the USS Makin Island. The second hostage died after the Osprey landed on the Navy ship in the region. No American forces sustained injury or fatality. Four of Yemen’s forces were wounded.

The raid was the second attempt in two weeks to free Somers after a threat was announced by Al Qaeda late Wednesday. According to intelligence reports, Somers would be killed Saturday morning if the demands of the group were not met.

President Barack Obama confessed to ordering the raid due to the imminent threat to Somers’ life. Obama condemned the journalist’s murder but did not mention Korkie in his statement by name. He expressed condolences to family members of a “non-U.S. citizen hostage.”

The threat prompted a hasty response on the part of Obama, said U.S. officials. With information obtained from the first raid, it was suspected that the journalist was in the Shabwa province in the Arabian Peninsula. Coordinators were aware of a second hostage but did not know it was South African teacher, Pierre Korkie.

On Thursday, defense officials in the Pentagon forwarded a proposal to the White House. Obama approved the proposal the next day. Security officials contacted Abed Rabbo Mansour Hadi, president of Yemen, and he gave the green light. U.S. officials say the raid was conducted alone but residents of Dafaar and Yemen’s government said that Yemeni armed forces participated. Abdullah, another witness, said the Yemeni army restricted access to the area prior to the raid.

American Special Forces in conjunction with Yemeni soldiers converged on an Al Qaeda stronghold on Nov. 25. Eight hostages were freed including an Ethiopian, a Saudi, and several Yemenis but Somers was not among the group. Officials later reported that he and five other hostages were moved days earlier. Dozens of other people are believed to still be held captive by the group in Yemen.

A family friend of the Korkies said that Pierre was a dedicated teacher. His life revolved around teaching and Yemen took his heart. His heart went out to the poor said Daan Nortier, the family spokesman.

Eleven other people were reportedly killed in the failed rescue attempt. Al Qaeda shot hostages during the attempted rescue by the U.S. Special Forces. A woman and a boy were killed along with an AQAP commander and two members of the militant group.

Gift of the Givers stated they negotiated for Korkie to be freed. They expected the South African’s release to occur on Sunday prior to the failed hostage rescue. The South African government reportedly took numerous actions to free the hostage. Korkie’s body was scheduled to be back in South Africa by Monday.