Yoga – Can It Be Tainted by Faulty Leaders? 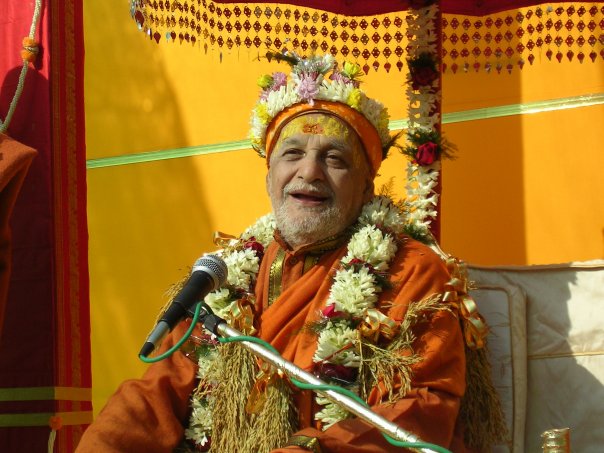 Yoga has made a giant move across the globe, reaching into nearly every westernized country and beyond, asking people to stretch not only their physical bodies, but their minds and spirits as well. What happens when the yogic tradition, which has led you to personal liberation, suddenly turns out to have abused children and others through the same lineage and teachings which taught you to meditate? Can the message of yoga be tainted by faulty leaders?

Spanning time and traditions, there could hardly be named more than a handful of spiritual leaders who did not abuse their place in power. In most cases, power and authority tend to corrupt a person, tempting them to cave into behaviors which would never have crossed their minds without willing students. The yogic tradition is no different. Filled with opportunities asking one to detach from the outcome of whatever issue is being faced, yoga demands its practitioners to push the capacities of the mind and spirit beyond the societal boundaries of “right” and “wrong.” To outside observers, often such an ability to surrender into the unknown with a leader at the helm, could be viewed as “cultish” and irresponsible. So what happens when the same sorts of “techniques” for advancement and personal evolution based on the release of attachment toward perceived “right” and “wrong” are applied toward under-aged children?

In Australia over the past week, the Royal Commission has been undergoing a hearing to listen to nearly a dozen charges of child molestation and other sexual and physical abuse traumas over a 30 year period brought against a world-renowned yoga ashram with Swami Satyananda Saraswati at the head. For those who have attended his schools and learned valuable life lessons, such information could be disheartening and cause a deep questioning as to the length at which such information ought to be taken personally.

A student of such a yoga tradition, who knew nothing of said behaviors prior to the current events, might question their learnings and the application they have made in their lives. Other students might choose to brush off the events and instead embody the very principles taught at the school to deal with such information, becoming detached from the news, instead deciding to make a “greater source” of wisdom their true teacher, in retrospect.  For others, the news of such a scandal may touch too close to home.

In Sydney, the Royal Commission is hearing reports of child molestation and sexual abuse from as long ago as the early 1970’s. The truth is now coming to light however, thanks to the hearing taking place in Australia, through the internet and other sources, that students of the Satyananda tradition have been experiencing sexual abuse and inappropriate conduct as recently as this year. What is being uncovered is not several isolated incidents of abuse to a dozen children, but the probability of hundreds, if not thousands of women, girls and young children treated in an institutionalized, systematic form of abuse for four decades.

Australia’s Mangrove Ashram was initially brought to question for its leader Swami Akhandananda and the decade, plus of sexual abuse committed by him to former child disciples. However, former student and resident Bhakti Manning has reported sexual misconduct from the movement’s leader Satyananda Saraswati as well as the Munger, India yoga school’s head Swami, Niranjananda Saraswati. Several recent students attending yogic immersion courses at the home-base of the Satyananda movement in Bihar, India, have reported sexual advances, invitations for intercourse, parties with alcohol, and personal invitations to join the leader, Niranjananda in his private setting for sexual mingling. Punishments for not cooperating with Satyananda leaders have been public mockery, confusing and conflicting instruction (according to testimonies) and lock-out from ashrams worldwide.

We are living in an age of impending total transparency. All that has before been hidden, out of fears of any kind, is now coming into the light. His Holiness the Dalai Lama speaks of those who abuse their positions of power and how all must become illuminated: “Criticize openly,” he declared. “That’s the only way.”  Life can no longer stand to be separated from itself. The human race must stand together and look one another in the eyes and be truthful. Roles of domination and submission need rethinking. This is as true in yoga as in any other tradition or hierarchy.

At the core of each and every individual is the same flame of life. Can yoga be tainted by faulty leaders? Perhaps the answer is – only if a student submits themselves to an outside source as their ultimate guide. Yoga, the philosophy, teaches an inner yoking to the truth within. It shows a person how to liberate themselves from external illusions and find peace in the expansiveness of their own beingness. Any fleshy human walking around in robes is just another person working toward the same end, if they were not, they would no longer be in a body it seems. If one has attained certain enlightenment, quite certainly,  their grace would be that of allowing the resonance of peace, love and harmony to pervade the atmosphere around them so that those who would come into their field could taste the sweet nectar of eternity that awaits them at the inner-most core of their own being. That is, to point the way for each being to look inside themselves for the answers, nothing more.

Teaching techniques is one thing, involving oneself personally in the liberation process of another by direct interaction is better left to two consenting adults who have committed themselves to such a conscious process where both understand that the true teacher always lies within. If  yoga can be tainted by faulty leaders, it might be the equivalent of  food being tainted by terrible cooks. But, so long as those who are looking on have the ability to separate the yoke from the whites…standing bow pose still has the potential to lead one to enlightenment.

(More to come on this subject as further analysis of the Royal Commission hearing continues and more testimonies come to light.)

One Response to "Yoga – Can It Be Tainted by Faulty Leaders?"