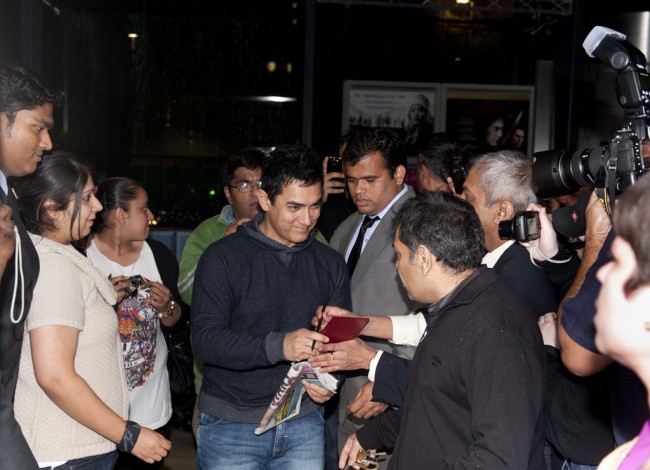 Aamir Khan Starrer movie, PK, released on December 19, created ripples throughout the film industry by beating Dhoom 3  in the box office. Indian Film Industry witnessed many movies which have crossed the hundred crore mark, even two hundred crore; but for a movie like PK which had limited amount of monetary budget to bolster its campaign, it is quite a feat. Aamir Khan, Anushka Sharma and Sushant Singh Rajput are some of the actors who featured in PK. Although most of the actors raked in a lot of praise from the viewers, Aamir Khan’s acting was by far the best as per the latest reviews and comments over the social media.

The 49-year-old lead actor of the movie has been taking up limited projects and has been trying to give more time to each one. Evidently, the actor wants to give priority to quality, rather than the number of movies. So, most of the recent movies of Aamir Khan have proved to be praiseworthy. On the first day, PK’s revenue grossed a whopping 26 crore Indian Rupees (INR) and it continued to hold this smooth ride throughout the first week.

Previously, another movie of Aamir Khan called Dhoom 3 performed extremely well in the box office. With a revenue of INR 175 crore in the first week, Dhoom 3 impressed the audience in terms of acting. Aamir Khan, Uday Chopra, Katrina Kaif and Abhisek Bachchan were some of the actors who featured in Dhoom 3. But PK overtook that mark with more than INR 180 crore in its satchel within the first 7 days. If this trend continues, it may well cross the total revenue of the hit films like Kick and Happy New Year.

Both the movies of Kick and Happy New Year have collected revenues over INR 200 crore. Salman Khan and Shahrukh Khan were in the lead roles of these movies and now it seems, that even Aamir Khan’s PK will cross the INR 200 crore mark. As is expected, social media is buzzing with the comparisons of the three Khan actors in these movies.

PK’s success in the box office has been quite steady in the first week with an average revenue of INR 20 crore each day. On Christmas Day, it earned over INR 30 crore and the first week’s collection grossed more than INR 183 crore. The Head of Marketing and Distribution of Disney India, Amrita Pandey, said that the movie has performed really well in the international markets along with India. She said that the distribution strategy of Disney India has been good and the movie is setting benchmarks in many foreign countries too. She added that PK is the highest grossing film ever in its first week in Australia, India and North America.

The total revenue of PK on Day Eight was INR 14.44 crore which is a bit less compared to the first four days. However, it is quite natural that the revenue will go down a bit after such a massive box office run! Another point to mention here is that the movie has another superstar, Sanjay Dutt, but the veteran actor could not gather much adulation over his acting. As per the reviews, it is because of Aamir Khan’s acting that the movie is performing so well and it is only time to see whether PK can cross the 200 core mark or not.