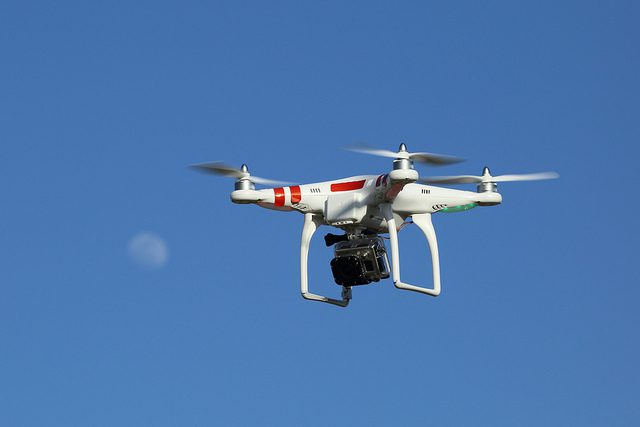 To date, drones have been generalized as “spyware” but they are not just that – they have usefulness. The aircraft however, does not have a good reputation in the eyes of the media – mostly because the drones have been eyeing them. Although the small aircraft was developed as a method of spying, its utility has expanded far beyond its created purpose and continues to grow.

The micro-aircraft is about the size of a bicycle with eight-foot wings, and are cheap for what they do. A farmer can use drones to watch over his livestock and monitor if any are sick through an infrared camera. He can also use a drone to spray small amounts of pesticide and to spot stray cattle, rather than having to start up a plane, like their grandfather’s once did. While this technology is good for small-time farmers, it is not ideal for big-time farmers, because the cost would be sky-high due to the sheer amount of land to cover.

The afore-mentioned is only one type of the micro-aircraft; some have an airplane look, described previously, and others have a helicopter-like propulsion. These little aircraft can follow a designated path or be directed manually.

Another use for the camera with wings is to offer larger agricultural assistance. These flying robots can spot poachers possibly killing endangered animals, provide humanitarian assistance, measure environmental pollutants, track weather and map wildfires.The usefulness of drones are not just limited to agriculture, however, and the scope of what they can do is growing.

Old U.S. military drones are usually destroyed, but the U.S. Geological Survey, USGS,  does not mind hand-me-downs. Jeff Sloan, manager of USGS’ Unmanned Aircraft System Project office in Colorado, said, “We’ll take them.” The USGS also uses the micro-aircraft to spy on Sandhill cranes, keeping track of their whereabouts, count and migration because they are San Luis’ Valley oldest member and the migration is considered a natural phenomenon.

Besides eyeing the cranes, a use for the micro-aircraft is to take pictures or record video, and the number one reason why people buy their first micro-aircraft is because of aerial photography. This task is performed by a hobby drone which sells for about $300.  Domestic entrepreneur Martha Stewart uses a drone to take high-altitude pictures of her farm in northern New York.

The drone currently is receiving the most attention from businesses. Companies such as Amazon, Dominos and DHL are already toying with the idea of air delivery. Amazon Prime Air is a future delivery system which Amazon is planning whereby people can receive their purchases in 30 minutes or less. Companies envision these micro-aircraft to one day deliver items such as mail, beer and pizza.

“Farmers are anxious to see where this can go,” pointed out R.J. Karney of the American Farm Bureau Federation. He also said that there is a discrepancy with the footage and the type of film that are being recorded because of a competitive disadvantage involved.

While drones may not have been introduced in the best of light, the list of uses for this technology will keep growing. Drones have proven their usefulness in many areas of life. Surely farmers will not be the only people excited to see how the growing use of drones can make their lives – and their livelihoods – better.

One Response to "Drones Usefulness Growing"