Iceland Is Rising Due to Melting 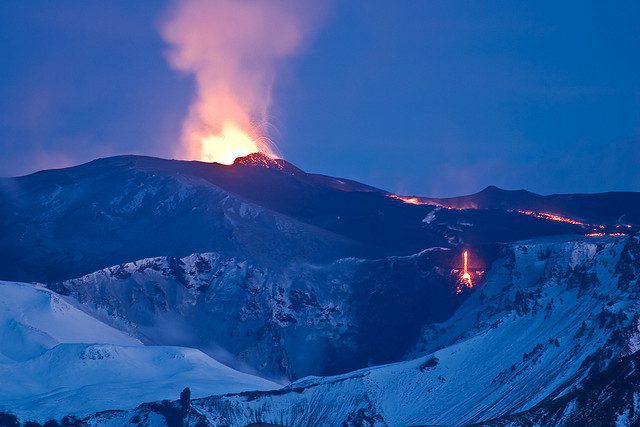 Iceland is popping off. Not in the good way either. Iceland’s ice is melting and the land is not being weighed down as much. The ice is melting so fast in Iceland that parts of the land are rising by more than one inch per year due to the melting.

The study, conducted by a team of scientists from the University of Arizona, connects the ideas of Earth’s accelerating uplift and glacial thawing. As this continues, it could increase how many times volcanic eruptions happen.

By 2025, researchers say that the ice could be melting so much that Iceland could lift up at a rate of 1.5 inches per year; not only is the ice melting, but it is melting faster than before. This is like a small scale event.

It is not a big deal when large islands raised up, what else is new? There are repercussions, the series of events would mean that as more ice melts, glaciers thin, and then less pressure is being put on underneath Iceland. This could melt the mantle rocks, and melted rocks is magma according to Kathleen Compton, a University of Arizona doctoral candidate of geosciences.

Bennett’s team have been tracking how far the rocks travel over time with GPS. The only other time this happened was around 12,000 years ago – at this time it was to a much greater extent, the volcanic activity in Iceland increased by 30 times in some parts at that time.

The events also could be costly. Such as in 2010 when the eruption of one of Iceland’s volcanoes erupted, it cost around $5 billion worldwide. A volcano in Iceland erupted in August, and is continuing to erupt, just not very much.

Bennett said to in an interview that rocks transport heat ‘like a hot potato’ the standard rules of diffusion apply here, they move to lower pressure from high pressure, this makes conditions ideal for eruptions.

As glaciers melt effectively become lighter, the earth bounces back, according to when the ice decreases in weight. Bennet said the volcanic island was a first in terms of ice mass loss equating to accelerated uplift. Not only could the eruptions be worse than the norm, the eruptions could be more often.

The project started out with very few receivers. The technique that is called geodesy is to calculate how far rocks move over time. Bennett noticed changes in a long standing receiver and checked with others to make sure it was not faulty.

After observing the findings were not faulty, Bennett had 40 more GPS receivers put in between 2oo6 and 2009. Bennett explained that the only way there could be accelerated uplift is if there is accelerated glacier loss, in layman’s terms, Iceland is rising due to melting ice.

Bennet reassured himself because the evidence lines up well. This he discovered after mathematically trying to solve how much and when will be melted, he could not do so because he did not take into account that the ice is continuing to melt faster. Bennett’s team’s next sub-project is to study the seasonal variation between summer melting and the winter freezing.