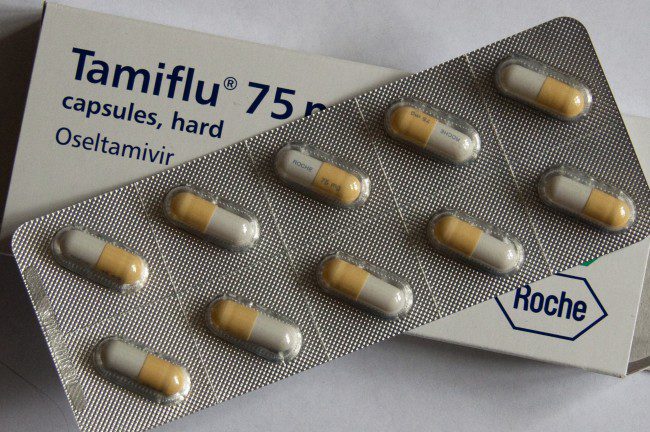 Influenza vaccines have proved elusive at moderating this year’s outbreak, but the Centers for Disease Control and Prevention (CDC) are now calling for early administration of antiviral drugs as the best available treatment to prevent and cure the infection. Officials report that three antiviral drugs have proven effective at alleviating flu symptoms and shortening the duration of the illness. The influenza viruses tested in clinical trials have not shown resistance to the drugs, making it a promising treatment to stem the tide of one of the worst outbreaks in years, according to CBS News. The CDC hopes to spread the word about the antiviral treatment so that more people can take advantage of it and prevent unnecessary and costly hospitalizations.

According to the CDC, early antiviral treatment both reduces fever and influenza symptoms, as well as alleviating the risk of complications such as respiratory failure, otitis media for children, pneumonia and death. Those who receive the treatment immediately upon hospitalization with flu symptoms, whether suspected or confirmed, stay a shorter time than those who do not. The CDC recommends antiviral treatment within 48 hours of the onset of symptoms for the best curing effect, without waiting for laboratory confirmation of the influenza infection as they also have preventive power.

Officials, therefore call for prompt administration of Rapivab (peramivir), Relenza (zanamivir) or Tamiflu (oseltamivir) which inhibit the influenza virus’ rate of reproduction. Observation shows that those who receive the early treatment tend to recover a few days faster than those who do not. However, CDC director, Dr. Tom Frieden says that not enough doctors and patients realize the treatment’s power and the importance of the antiviral drugs to cure the year’s epidemic. Therefore, patients may find it difficult to obtain a doctor’s prescription due to lack of knowledge or misperceptions about effective flu treatments. He assures consumers that there is no shortage of the antivirals, although the increased call for the drugs may mean patients have to shop around to different pharmacies to find one that can fill their prescriptions. It should be available to anyone who needs it in most areas, he explains.

The aggressive, early treatment is the best option to cure this year’s flu bugs in the face of the less than stellar performance of the vaccine and the particularly nasty H3N1 strain that is showing up frequently. Unlike the vaccine, the antivirals have shown themselves energetic fighters against nearly all the influenza strains currently going around. Starting the antiviral treatment early in the illness’ progress is particularly important for vulnerable populations such as children under two and elderly patients over 65 years of age, diabetics and those with other chronic health issues that make them more susceptible to infections. Although the copays for the antiviral drugs may make many patients wince, Frieden points out that it is less expensive than calling in sick to work for a hospital stay. He cautions patients not to underestimate the importance of antiviral influenza drugs, which not only alleviate symptoms and complications, but could possibly even save a life.

Centers for Disease Control and Prevention