By Leigh Haugh on January 5, 2015Comments Off on Jennifer Aniston Takes on Chronic Pain in ‘Cake’ 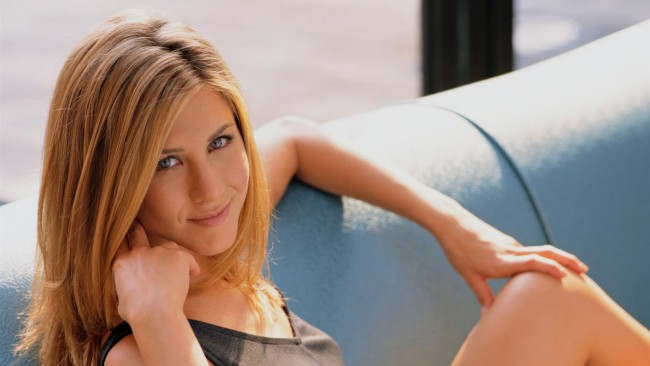 Jennifer Aniston takes on the subject of chronic pain in her new independent film Cake. Aniston has garnered many accolades as well as nominations for SAG, Golden Globe, and Critics’ Choice awards for her role in the film directed by Daniel Barnz about an injured accident victim grieving the loss of her child, who has driven away her friends, loved ones, and even her chronic pain support group. Moreover, Aniston is also widely regarded as a serious Oscar contender for her tour-de-force performance in the film as well. The Oscar nominations will be announced on January 15.

While Aniston is widely recognized for her comedic work, including 10 seasons on the mega hit NBC sitcom Friends, which ended in 2004, and films such as We’re the Millers, Along Came Polly, Horrible Bosses, and Horrible Bosses 2, the versatile actress has shown her considerable acting range in dramatic projects, such as The Good Girl, Derailed, and the recently completed Cake, which is slated for release on January 23.

In the film, Aniston takes on chronic pain as Cake‘s lead character, Claire Simmons, who becomes fixated on the suicide of a woman in her chronic pain support group (played by Pitch Perfect‘s Anna Kendrick). As she unravels the details of Nina Collins’ suicide and develops a tumultuous relationship with Nina’s husband, Roy, who is played by Sam Worthington of Avatar fame, Claire also faces her own personal tragedy, which has left her injured, haunted, and enraged. The film also stars real-life married actors Felicity Huffman (Desperate Housewives) and William H. Macy of Showtime’s Shameless fame. Huffman portrays the head of Claire’s chronic pain support group, from which Aniston’s character gets ousted, while Macy plays the man responsible for Claire’s injuries and the accident which killed her son.

Chronic pain is defined as pain which lasts longer than six months. It can vary greatly among affected individuals. The pain could be mild or excruciating, episodic or continuous, it may limit mobility, or can leave a sufferer totally incapacitated. Currently, more than 100 million Americans suffer from chronic pain and many others remain undiagnosed. Chronic pain remains active in the nervous and musculoskeletal system of affected individuals for months or even years. This affliction can dramatically alter a person’s life and well-being. It not only takes a physical toll on sufferers, but also affects people emotionally as well. Moreover, chronic pain can also have a devastating effect on affected individuals’ relationships, professional, and home lives.

Chronic pain often originates from some form of trauma, such as accident, injury, or even infection. Moreover, there may also be an ongoing, multiple site source of pain, which is common in chronic pain syndromes such as fibromyalgia and reflex sympathetic dystrophy (RSD). Furthermore, the emotional toll of chronic pain can also exacerbate the physical pain involved. Stress, anxiety, anger, depression, and fatigue interact in complex ways with chronic pain and may decrease the body’s production of endorphins, which are natural painkillers. Over and above that, negative feelings could also boost the level of substances that amplify sensations of pain within the body, as well as suppress a chronic pain sufferer’s immune system.

As Jennifer Aniston takes on the subject of chronic pain in her new film Cake, the well-regarded actress has garnered many accolades and early award buzz for her role as an injured accident victim grieving the loss of a child, who has driven away all of her loved ones. Moreover, Aniston is also considered a serious Oscar contender and could land her first Academy Award for her fearless performance in the film as well. The Oscar nominations will be announced on January 15.