Joel Grey Comes Out as Gay 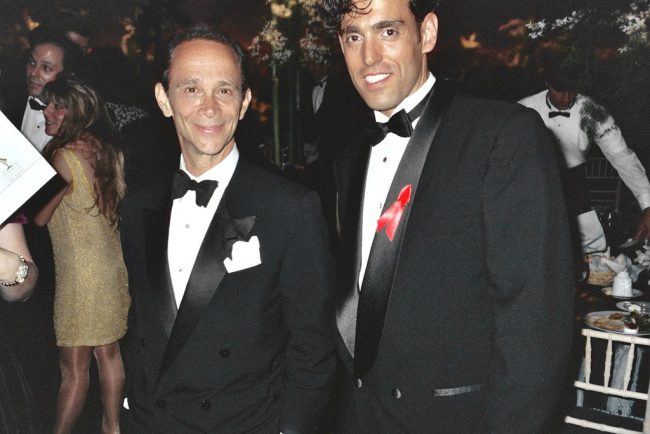 Broadway star Joel Grey has come out as gay. The Cabaret star is 82 years old, and decided it was time to tell the world. It will shock many people considering he has a daughter and son from a previous relationship.

The actor was married to Jo Wilder for over 20 years. He is the father of Jennifer Grey and also has a son, Jeff. According to People magazine, his family and close friends know the truth about his sexuality. Despite not liking labels, he decided to tell the world that he is gay. He did it through an interview on Wednesday, saying that he was only saying it for those who feel the need to put a label on sexual preferences.

During the interview, the 82-year-old actor explained that he heard about how gay men were jailed for their sexuality. He was raised in Cleveland, Ohio, and during that time realized that he like boys and girls. It has taken time to finally admit that to the public, partially due to the topic being a very personal matter.

The actor is best known for his role in Cabaret on Broadway in 1966. He won a Tony Award for his role as the Master of Ceremonies. He later took on the role again in the film adaptation of the musical opposite Liza Minnelli, for which he won an Academy Award. He has recently been on various TV shows, landing a guest role on CSI: Crime Scene Investigation last year.

When Grey came out as gay, his daughter expressed her pleasure. She was happy that her father was comfortable enough to finally share it with the public. It is a difficult thing for many to do, as there are still many states and many countries against homosexuality. The actress just wanted her father to accept himself for who he really is.

Grey’s daughter, who is best known as Baby in Dirty Dancing, explained that it does not matter how long it takes someone, being free from the half truths and lies is important. That is “freedom,” and it makes her happy that her father is now comfortable with who he is to declare his sexuality to the world.

The actor is not the only one to come out as gay recently. Last year, Ellen Page explained that she is a lesbian, receiving commendations from her fans. She decided to speak out about her sexuality because she was a role model. There are many people her own age struggling with their sexuality, and she wanted to be someone they could look up to.

For Grey, the decision to come out was for very different reasons. He decided that it was time to “embrace that other part” of him. However, despite being gay, he still says that his marriage to Wilder was one of his happiest of times in his life. He has no regrets about the decisions he has made in the past. The only reason Grey has come out as gay is for himself, because at 82 he decided it was time.