By Chanel van der Woodsen on January 14, 2015Comments Off on Kris Jenner Blasts ‘In Touch’ Magazine for Portraying Bruce as a Woman 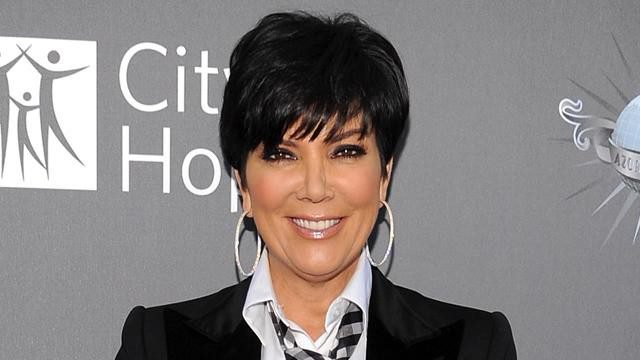 Kardashian family matriarch Kris Jenner has waged an all-out war against In Touch magazine, putting them on blast for allegedly photoshopping a picture of her ex-husband Bruce in order to make him look like a woman, and proceeding to use it as their front cover. She says that doing such a thing was disrespectful to the extreme, and that the publication should be ashamed of themselves for believing that kind of action was in any way acceptable.

The cover in question is of this week’s issue of the magazine, which hit stores yesterday. The title reads “Bruce’s Story – My Life as a Woman” and features a very made-up Jenner with bright lipstick on, foundation, and heavily tweezed/perfected eyebrows. The front page alludes to having details surrounding how his ex-wife feels about his “big announcement” as they called it, and what he told the rest of the family regarding his alleged decision to become a woman. It portrays composite photographs spanning over the last 25 years, showing that the now 65-year-old has grown his hair out and gotten an ear piecing, which the magazine attempts to list as evidence that he has been going through the transformation for years. It also promises to contain 11 “shocking” photographs that will sufficiently back up their story.

The mother of six says she is extremely unimpressed with these allegations, due to the principle of such statements being outlandishly mean regardless of whether or not they are true. This last statement raised a myriad of questions due to Jenner’s vagueness about the article’s legitimacy, something she says is nowhere near the point and therefore people are not understand what the actual problem with the cover story is. The 59-year-old explained to TMZ that her beef lies with the fact that In Touch tends to make a habit of jumping to conclusions before checking their facts, and then proceeds to spin the story to make their initial accusations seem even the slightest bit true.

Sources close to the former Olympian say that he could care less about what the magazines are saying, and that he does not pay that kind of tabloid speculation any attention whatsoever. Judging by recent photographs, however, Jenner may not be as cool about everything as he is said to be. The New York native was spotted driving around the Calabasas area looking less than enthused at life, with the strain of recent happenings clearly showing on his face as he puffed on a cigarette and drove around the gated community. The man appeared extremely sad and stressed out as he sat in the vehicle, and did not appear too happy to be being photographed in his time of adjusting to the backlash of said magazine cover.

In Touch has not yet responded to Kris Jenner’s accusation that they photoshopped a picture of her ex-husband Bruce Jenner to make him look like a woman, and proceeded to spread blatant speculation about his supposed gender transformation. None of the Kardashian-Jenner clan have yet given a statement, either.