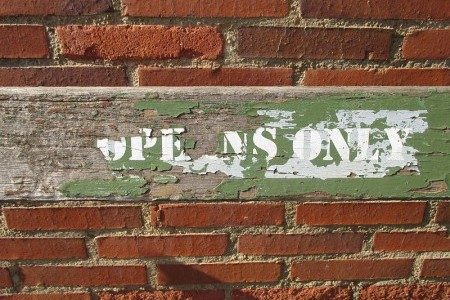 The diverse ethnic groups in South Africa continue to sling racial remarks and blame the die-hard apartheid system of setting a new trend. In South Africa, it is the white minority group of people who receives the brunt of criticism and are marked as racist in the new South Africa. After twenty years of democracy, the social divide among the different cultures cause social inequality.

A recent survey revealed that most South African holiday resorts and beaches still demonstrate the racial divide among cultures. During the apartheid years all beaches in South Africa were reserved for white people only. Since the inception of the African National Congress (ANC) governing party, the majority of people have had access to freedom of beaches. Most beaches visited showed a remarkable integration of different cultural groups and people believe South Africans have moved forward.

There are exclusive beaches around South Africa that remain predominantly white. Clifton Beach in Cape Town revealed more white people visited this beach than other ethnic groups. A black visitor to the trendy Clifton Beach in Cape Town said the clean environment and safety was the primary reason for visiting. The local popular beaches appear to be overcrowded, filthy and unsafe.

Different opinions and racist remarks among South Africans reveal that most visitors seek exclusive beaches based on the cleanliness and safety. The Durban beaches are predominately black and visitors find the filth and overcrowding offensive. A few white visitors to this beach commented that safety was a concern. The trendy beaches around the country are often visited by tourists and the wealthier group of people as the racial divide continues to be an ongoing problem.

Spokesperson, Mienke Steytler, of the South African Institute of Race Relations blames the current segregation on apartheid planning. According to Steytler, the ANC government has to deal with the consequences of the apartheid development to separate people. Social Movement Abahlali baseMjondolo spokesperson, Thembani Ngongoma, said the ANC government has failed to address the structural disparity and unite people of all races in the last twenty years.

Over the past twenty years, the ANC government has focused on the poorest people in South Africa and created a middle-class structure for black people. Racial targets by government to promote black officials in all public sector facilities have preceded the measure to promote equality with the broad-based affirmative action plan.

Several racial incidents have attracted attention and social media is leading the trend of racial incidents. The insulting comments from both white and black people continuously spark debate between the die-hard apartheid and the ANC government.  A clear indication that social inequality is a major problem in different cultures exists today. Black people continue to blame apartheid for the failing democracy system and remain adamant there are no black racists. White people are perceived as racist toward other cultural groups who illustrate a superiority attitude toward the majority. There is a group of different cultures who believe that not all white and black people are racist and strive to promote human dignity.

The aspiration of a non-racial future for South Africa appears to fail the democracy and constitution for all cultural groups. The ANC government is perceived to have promoted no time to the social inequality among the different cultural groups while focusing on advancing black people.

The bitter divide, past and failure, of the last twenty years needs to be buried to end the racial trend of inequality. The ANC government and President Jacob Zuma, who rules from the Nkandla homestead instead of the Union buildings, has influenced the vast change of leadership. People identify the promotion of incompetent ministers and endless reshuffling of the cabinet as a signal of the failing governance from the ANC party. The ANC has become a party recognized as the freedom from apartheid party and not a democracy party. People are beginning to acknowledge the importance of opposing political parties and the freedom to choose a corrupt free leader.

Nzimande wants the South African Human Rights Commission to take drastic action against the media for racial remarks published on the Internet. Chairperson of South African National Editor’s Forum (SANEF) confirmed that measures are in place to stop undesirable content posted on the Internet and said Nzimande was not aware of SANEF commitment to end racial hatred published online.

Anton Harber, the chairperson of Freedom of Expression Institute, uttered agreement about Nzimande’s apprehension over the growing racial hatred and expressed caution against government meddling. Harber believes government regulating or interfering with the internet content would discourage the public’s engagement to voice opinions on the internet.

General comments on racial hatred over social media and newspapers are despicable but considered an excellent political tool. The public has raised concern about President Zuma’s speeches that always seem to refer to the past and critical references to white people. The Constitution of South Africa is envisaged as a non-racial societal democracy and disheartens cultural groups. The continual blame of whites who benefited from the diehard apartheid system remains the widely fashionable reason for the troubled land. The apartheid dividend has been squandered and the ANC government is beyond repair. Curbing freedom of speech on the Internet is another ploy by the governing party to maintain control of South Africa.