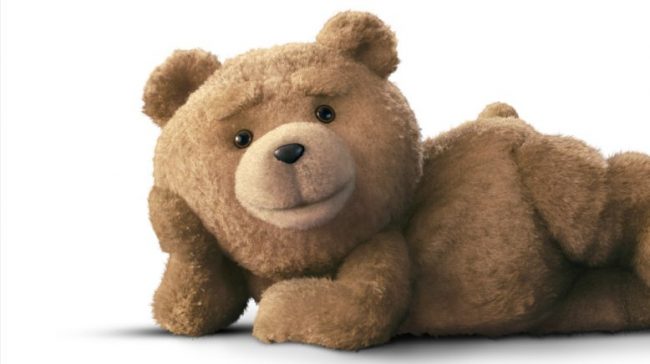 The trailer for the sequel to the hit comedy about a man and his talking teddy bear, Ted, was released today and the film surprisingly appeared to be more promising than many might have anticipated. Many audiences may have been slightly taken aback by the fact that Ted 2 was even happening, but due to the original film’s highly successful run, it is an understandable move.

The original movie performed well, garnering over $549 million at the box office, making it officially one of the highest-grossing R-rated comedic films in history. Seth MacFarlane is the man behind the bear, as he serves as not only the voice of Ted, but also wrote both films. The star also served as director for the original film and will do so again in Ted 2.

Ted 2 will additionally see the return of the live-action male lead, Mark Wahlberg as the man child John. Mila Kunis served as the first film’s female lead and although it has been stated that she will appear in Ted 2, it seems as if Les Misérables actress Amanda Seyfried has been granted top-billing for the sequel. Ted 2 will also feature a number of other top-name actors in supporting and cameo roles including Morgan Freeman and Liam Neeson. Football superstar Tom Brady is also reportedly making an appearance as a potential sperm-donor in the film as well.

The trailer for Ted 2 reveals Ted getting married to his love interest from the first film, Tami-Lynn (played by Jessica Barth), with Flash Gordon star Sam Jones marrying the couple, pronouncing them bear and wife. The plot quickly escalates when Ted approaches Wahlberg’s character John and continues to tell him that he and Tami-Lynn are going to have a baby. John then appears perplexed as the trailer insinuates John asking Ted how the two of them “do it”, being that Ted is, in fact, a stuffed animal.

The comedy begins to unfold when Ted says that he and his new bride cannot conceive as two humans normally would, so they are in need of a sperm donor. John agrees to help a friend out and donate his own sperm so Ted and Tami-Lynn can have a baby. A montage of a few comedic one-liners and outrageous antics then ensue until the plot quickly thickens. Tami-Lynn and Ted are seen reading an official notice stating that they are denied the rights of having a child unless Ted can prove he is a real person in a court of law.

The Ted 2 trailer is well-cut as a number of laugh-out-loud jokes are found amongst what seems to be a decent storyline for a screwball comedy like Ted. Seyfried is revealed as the lawyer who will be defending Ted in his case and is ready to play comedic hardball with the likes of Wahlberg and MacFarlane. The star brings out a bit of her Mean Girls character in the trailer, revealing her to be “not quite all there” whilst serving as an attorney.

Overall, the trailer for Ted 2 seems to be quite promising. Audiences will have the chance to judge the quality of the film for themselves when it opens in theaters on June 26, 2015.