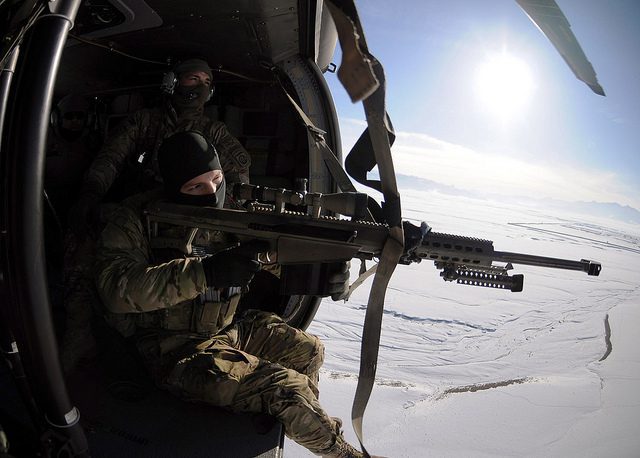 American Sniper is making history. It is not very often that movies go to theaters and stay at the top for three consecutive weekends in a row. That is exactly what American Sniper did while raking in $250 million collectively.

The sniper movie directed by Clint Eastwood was released on Jan. 16 with pulled in $30 million opening day. This is around the same that it made in its third weekend in, on Super Bowl weekend. The war drama made half of what it did last week which was almost $65 million.

The Super Bowl record in this case is not the most amount of touchdowns per game, instead the movie that makes the most money on Super Bowl weekend. Before the title of highest revenue earned on the big NFL day was in Eastwood’s possession it went to the director of Hannah Montana & Miley Cyrus: Best of Both Worlds Concert, which made $31.1 million but was its debut weekend.

This is the third week Eastwood’s movie has been released and it still took the plaque for highest revenue generated movie with $31.3 million. The movie only made $200,000 more but than the concert movie but this is Super Bowl weekend and this was the third week since American Sniper release, again making history.

The movie American Sniper was a depiction of the happenings in his perspective. This is not to say that this is the truth. Another militant has said that the was that Chris Kyle – who the movie is based on, did not fight the same war as him. This man’s name is Garret Repenhagen, and he was also a sniper.

Repenhagen offered the analogy that the movie is like looking into a scope – everything is seen very well in that area but only in one area. Repenhagen suggests that as a sniper keeping both eyes open is very important, as was said in the movie, this man wrote an article about his experiences.

American Sniper is depiction originally an autobiography by Chris Kyle, and it should not be taken as more than that. One man could not tell the entire story of a war. American Sniper is a drama that is a person movie and everyone can relate to it. The movie set box office records because it is such a simple concept but difficult to grasp.

Photo by The U.S. Army – License