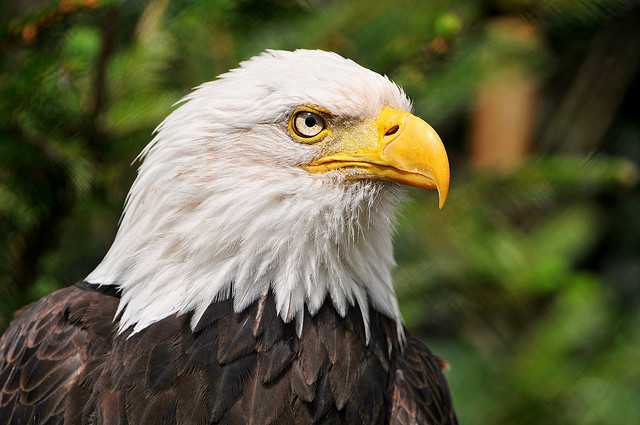 A bald eagle release in Virginia is further proof of a resurgence in the bald eagle population. The eagle was being cared for by the Wildlife Center in Waynesboro, Virginia, and was set to be released at 12:30 EST on Tuesday at the Chippokes Plantation State Park in Surry County. The bird was found in the woods of the state park by a group of hunters. Center workers nursed the raptor back to health after an injury. The eagle had two puncture wounds on its right shoulder and chest; these wounds are consistent with a fight with another eagle.

Although this is the first bald eagle release of the year, the Wildlife Center released 11 eagles last year. The aim of the center is to return these predators to the wild. Three bald eagles previously released were equipped with GPS tracking devices. Those birds have been tracked to Pennsylvania, Maryland and South Carolina.

Executive Vice President Randy Huwa says that now is the perfect time to release the eagle into the wild. “It is the time of year that eagles are establishing territories.” Although the bald eagle has recently been removed from the endangered species list, their nests must be maintained if they are to climb to the thriving species list. Despite its population growth, the species is still listed as a state-threatened species. If an eagle’s nest is disturbed, due to weather conditions or human intervention, it will not return to its nesting site. Therefore, local wildlife agencies in each state make sure to protect the natural habitat of this only native eagle to North America. 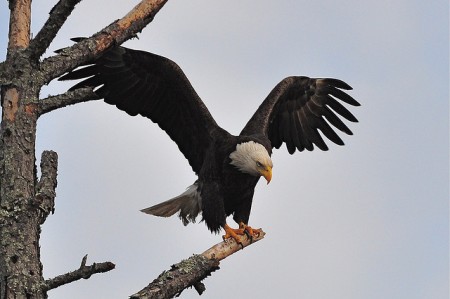 The Wildlife Center in Waynesboro houses about two dozen permanent animals; eagles and owls among them. The center is the preeminent teaching and research institute for wildlife. Formed in 1982, they see to bald eagle releases in Virginia as well as the health and emergency needs of native wildlife. In addition to caring for wildlife, the center hosts educational talks with more than 1.5 million school children in Virginia. Additionally, the center trains wildlife veterinarians and volunteer wildlife rehabilitators. In 2007, the center was rewarded for its efforts with a National Conservation Achievement Award from the National Wildlife Federation as the National Conservation Organization of the Year.