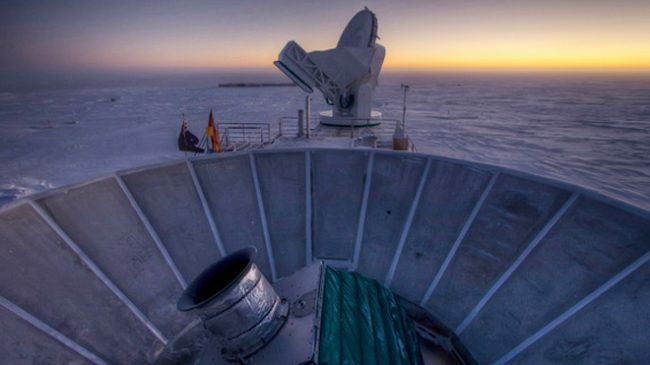 The Big Bang Theory, itself, might still prove to be a valid one about the origins of the universe; but, some of the evidence that was thought to have supported the theory now appears to be nothing more than cosmic dust, unless further evidence comes to light. Researchers from the European Space Agency have overturned the claims of scientists from March 2014 that what had been taken as the observation of ripples, or gravitational waves, was evidence of rapid cosmic inflation, which was then interpreted as proof of the validity of the Big Bang Theory.

The team of scientists that stated they detected what appeared to be gravitational waves in March 2014 were using the BICEP (Background Imaging of Cosmic Extragalactic Polarization) telescope in the south Antarctic. The gravitational waves that the researchers believed they had detected was publicized and was called a breakthrough in proving that the Big Bang Theory had actually occurred, and proving that it was the origin of the universe.

According to Clem Pryke, who was one of the four BICEP principal investigators and the team leader for the BICEP/Planck analysis, the level of gravitational waves that were detected were possibly no more than half that of the observed signal. He added that it could be no gravity wave signals remain, at all, to prove the Big Bang Theory.

The other three principal BICEP researchers were Jamie Bock of Caltech; Chao-Lin Kuo of Stanford; and, John M. Kovac of the Harvard-Smithsonian Center for Astrophysics. They not only used one, but a series, of telescopes, all located at the South Pole, in their attempts to detect the swirling patterns that would be evidence of gravitational waves.

Monday was the date when the paper that the two groups co-wrote was going to be released, but the data was accidentally posted on Sunday. Though the paper was taken down, the information it presented had already been noticed by news sources and Twitter, and was duly reported on. The paper will be posted to the BICEP website and it has been submitted to the Physical Review Letters.

Brian Keating, a member of the BICEP2 team from the University of California, called the findings “disappointing.” Though the new analysis of the data suggests that the signal the team originally thought were gravitational waves and proof of the Big Bang Theory was probably actually caused by dust in the Milky Way galaxy, Keating said that the team would still continue to look for signs of the origins of the universe and proof of the Big Bang Theory.

Though the BICEP team working with the European Space Agency and Planck satellite team have now revised their original ideas about having discovered gravitational waves, they are still busy conducting research at the South Pole, utilizing the BICEP3 telescope now, along with the others that are there. With the BICEP3, the researchers plan to map patterns in the polarization of the Cosmic Microwave Background (CMB).

These patterns, if they exist, would be evidence that they were created by gravitational waves that occurred because of the rapid expansion of the universe. If the researchers are able to map these patterns, even if they cannot detect absolute proof that the gravitational waves now exist, they could be a step closer to proving the Big Bang Theory. If so, all of their efforts might yet prove to be not just so much…dust in the wind.