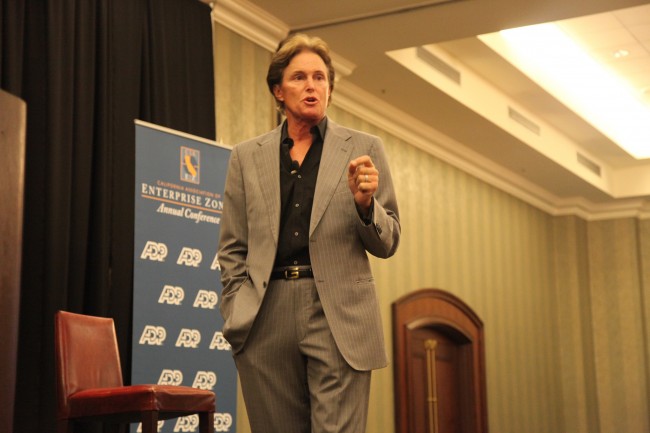 Bruce Jenner is blaming over enthusiastic paparazzi for the fatal car crash he was involved in on Saturday afternoon on the Pacific Coast Highway that left one dead and eight others injured. Though the exact details about what happened are still being sorted out by the police, officials from the Los Angeles County Sheriff’s Department have stated that there are reports that the paparazzi were following Bruce Jenner. Jenner was unhurt in the accident that resulted in the death of a woman in another car.

According to an article in the Los Angeles Times, the crash involved four vehicles in all, in a sort of “chain-reaction.” However, the sources who spoke with the newspaper suggest that the paparazzi who were there did not cause the fatal crash. The investigation is an ongoing one, and all of these findings are, so far, preliminary ones.

The so-called “anti-paparazzi law,” AB 2479 was passed by the California state legislature in 2010, imposing stiffer penalties on members of the media who engage in reckless and dangerous activities like blocking sidewalks and driving recklessly while pursuing celebs. The first person who was charged under this law was a photographer who had allegedly pursued Justin Bieber, chasing after him on the 101 Freeway.

The police closed the Pacific Coast Highway in Malibu in both directions for several hours. The accident occurred shortly after noon, in the vicinity of Corral Canyon Road, according to authorities from the Los Angeles County Sheriff’s Department.

Photographs taken at the scene of the multi-vehicle accident were posted at the TMZ website. One of the photos shows a white sedan which has extensive damage to its front end. Some of the photos appear to show Bruce Jenner, who is reportedly undergoing a transition from being a male to becoming a female, standing and apparently walking near the accident scene.

Family sources have reportedly told TMZ that Bruce Jenner had informed them that he was being pursued by five paparazzi when the fatal car crash occurred. Though the car or cars that the paparazzi were allegedly following Bruce Jenner in might not have been directly responsible for the crash, they could have led to it happening if Jenner was attempting to elude them.

A dispatcher for the Los Angeles County Sheriff’s Department, Diana Vazquez, confirmed that Bruce Jenner was involved in the car crash that left one dead and eight others injured. She did not provide any further information as to Jenner’s condition or regarding the name of the woman who died.

Alan Nierob, Jenner’s publicist, stated the former Olympian Bruce Jenner had escaped injuries in the fatal Malibu multi-car accident that he has blamed on the paparazzi. He had no other details to offer, though. A rescue helicopter that landed two miles to the east of the crash at Pepperdine University might have been used to transport one of the victims, but there have not been any details released yet as to if the helicopter picked up the body of the woman who had been killed in the accident. Updates will follow as they become available.