Drought-Resistant Plants Can Be Engineered 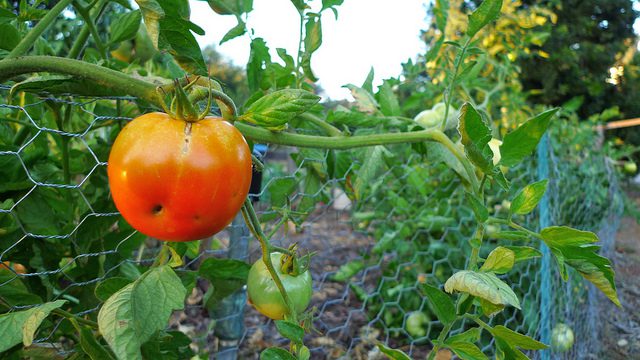 Drought-resistant plants have now been engineered by scientists for areas that are being hit with longer dry seasons. As California enters its fourth year of a drought, scientists used this as an opportunity to attempt to genetically alter a plant’s DNA so that it could survive on less water and not perish in a drought. After adding an additional portion of genetic code, they were able to manufacture a drought-resistant plant that is able to survive for up to 12 days without water. Scientists studied the plant’s stomata to find a way to control how a plant loses water through its leaves.

Stomata are small pores located on the leaves on a plant that allow carbon dioxide into the plant and oxygen out of it. This opening is controlled by two additional cells that inflate and deflate. Stomata remain open during the daytime to allow the plant to “breathe”. During this time, the plant captures carbon dioxide and begins the process to create energy. Since the air around and outside of the plant is typically drier than the air inside the plant, water makes its way out of the plant to create an atmospheric equilibrium. This process is called transpiration.

When a plant becomes strained due to a drought, it produces a hormone called abcisic acid (ABA). ABA sends chemicals to the guard cells beside the stomata and does not let them open. This causes the plant to retain water and not die.

Sean Cutler, a biologist at the University of California – Riverside, is a plant cell expert that is attempting to make the aforementioned drought-resistant plants. He stated the key to preserving plants is in the ABA. However, spraying ABA on the outside of a plant in an irrigation field is neither efficient nor effective. He explained that ABA is very expensive to manufacture and is very sensitive to sunlight. Therefore, it does not activate the plant’s stomata as scientists would like it to.

Cutler said that another option is to create a chemical compound that mimics the active chemical in ABA. Although, scientists are working on this chemical to create the first drought-resistant plant, they must tread lightly in their research. They are worried the chemical would be toxic, sit in the environment for a longer than anticipated time, or harm marine life due to runoff from irrigation fields on farmland. Moreover, it is unbelievably cost-incurring to introduce a new chemical to the agriculture market.

Therefore, Cutler’s research team led with a different approach. They began by using an existing chemical, mandipropamid, an agrochemical that is utilized to control fruit and vegetable blight. They then genetically engineered plants to react with mandipropamid just like it was ABA.

The researchers experimented on tomatoes and Arabidopsis. In both plants, the stomata closed in response to being introduced with the mandipropamid. This in turn made them drought-resistant. After 12 days without irrigation, the plants were able to recover and continue to thrive. Cutler said that this is the first time scientists have used a synthetic reprogram on a plant.

Although, this is a breakthrough in the world of agriculture, this technique does have limitations. When the plant is being altered from the chemical, the plant ceases growing. He said that the chemical acts as a pause button for the plant. So, growth time and harvest time is now pushed further backwards.

Cutler states this application now needs to be test on existing crops. In the meantime, he and his team of researchers will continue to search for other beneficial ways they can use this chemical. Ultimately, this technique proves that drought-resistant plants can be created.

3 Responses to "Drought-Resistant Plants Can Be Engineered"