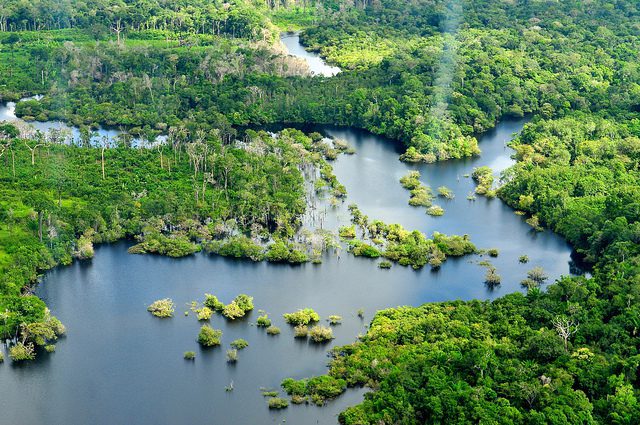 Earth: A New Wild, the five-part documentary series premiers on PBS tonight, February 4th. Hosted by Dr. M. Sanjayan, the show tells the tale of life in the wilderness of the world. Sanjayan embarked on a two-year expedition through 29 countries and trekked tirelessly through forests, plains, rivers, savannas, and mountain passes.

The show features highly sophisticated photography and video, but Sanjayan’s mission is to dig up information about having a new conversation about the Earth that integrates mankind back into the equation. The host stated that he sought out people who have learned from being in the most remote places on Earth and have formed beneficial partnerships with some of the most interesting animals in the world.

Sanjayan stated in an interview that last fall while filming Earth: A New Wild, he was a guest at the Robin Pope Safari Company near the southern tip of Lake Malawi in Africa. He spoke with the conservationists at the lodge who described the chain of life in that region. They explained how fluke worms carry bilharzia, a harmful parasite, and are hosted by an invasive species of snail. A species of cichlid placodon dines on the snails and then that species is fished for human consumption. Since the cycle is now understood, there are plans to reduce the over-fishing to allow the placodon numbers to recover through fish farming in order to reduce the amount of parasites found in the village dwellers.

As Sanjayan narrates Earth: A New Wild, he is always present in the plot of the show but he never makes the show just about himself. During his expedition he stated that he came to the realization that the notion that humans are separate from nature is forever banished from your thought. He stated that it is “pretty cool” that humans and nature can live in the same space.

Sanjayan also travels to Portugal to visit the bark-harvesting tiradors. Even though they harvest the bark from the trees in the cork oak forest, it actually allows for healthier surroundings and makes the trees grow better. He also shows how pigs reseed the forest by simply eating acorns found on the ground. By doing this, the pigs have helped ensure the last stronghold for the Iberian lynx, without realizing it. The 60,000 Eurasian cranes migrating through the area also gorge themselves on acorns to help the re-population of cork oak trees. Though, Sanjayan’s astounding conclusion is that humans are responsible for allowing wildlife to be wild.

Earth: A New Wild also includes a segment with Jane Goodall on the problems with inbreeding among chimps. The world-renowned primatologist recounts how she encouraged the local villagers to plant trees and to create an environment which would allow for the reconnection of long-lost chimp families.

The narrator, Sanjayan, is more of a hands-on guy when it comes to filming. While creating Earth: A New Wild, the producers of the documentary did not go for any sophisticated CGI effects or flashy additions. Mostly, the producers, along with Sanjayan, allowed outstanding and unbelievable images and video of animals to advance the narrative. To see travels from the high mountains of Asia, to the flat savannahs of Africa, and sights of monstrous humpback whales, to tiny grassland mice, to stunning tropical birds, turn on PBS tonight to watch Earth: A New Wild.