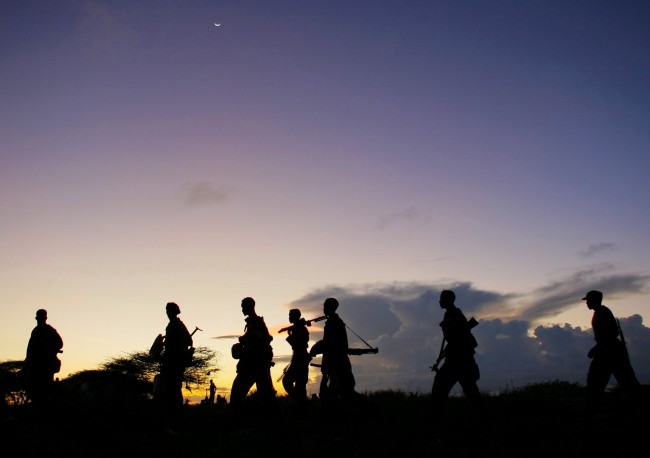 The first extreme; instead of pre-empting terrorism, President Barrack Obama has asked the world leaders to attack terrorism through “expanding human rights, religious tolerance and peaceful dialogue”. This request was made during a three–day conference on extremism that was hosted at the White House. The conference focused on how to handle the extremist militant group ISIS as a single unit. This was an international summit that included countries that represented the least democratic and most repressive countries countries from which the United States has already dealt with other extremist groups. Some unusual allies that sat at the table included: Bahrain, Kuwait, Qatar, Saudi Arabia, Uganda and the United Arab Nations.

In response to publicly videoed decapitations, and burning people alive, President Obama seems to have an “ISIS needs a hug” attitude toward this extremist group. Democracy, ending hate, religious tolerance are all the tools Obama has in his arsenal against the extremist group ISIS. There are those, however, that do not agree democracy and tolerance are all extremists ISIS needs to stop terrorizing. Human rights are being denied at ethnic lines giving extremist groups a ripe, young group of recruits on a regular basis to keep growing more extremists while breeding more hate and discontent.

Senior Republican lawmaker, Kay Granger, chairwoman of the House of Representatives State and Foreign Operations subcommittee, however, is ready to fight. She has promised the President in a letter that she will do all that she can, including holding money so the United States will send fighter jets and military weapons to Egypt and other allies fighting ISIS. Granger claims that Egypt had requested F-16 aircraft an M1A1 Abrams tanks in 2013. Extremist against extremism.

Kay Granger does not agree with Congress “considering” Obama’s military campaign against ISIS. The other extreme. This extremist militant group has burned 40 people alive and decapitated people and posted it on YouTube. While Congress is “thinking” Egypt, Jordan and the Kurds are left to defend themselves. Granger claims help is being delayed by bureaucratic red tape while people are being tortured and killed.

Kay Granger, as the chairwoman of the House subcommittee, has control over administration funding within her subcommittee’s boundaries and is not afraid to wield her power. For example, in 2012, the administration wanted to send Egypt $450 million to rebuild its government and its economy. The Muslim Brotherhood had power in Cairo, so Granger blocked Egypt from receiving the $450 million. Granger is an extremist as well.

Pending Congress’ approval, President Barack Obama’s military campaign will begin as early as April, however, Iraq is saying another six months before their military will be ready to take Mosul from ISIS. An official from Central Command, overseeing U.S. military operations in the Middle East has publicly stated that this operation will have three small army brigades as a reserve force, five Iraqi army brigades,  three brigades from the Kurdish Peshmerga military. Also needed will be the local police force, tribal fighters and counterterrorism forces. This information gave troop details was a necessary extreme, so the Iraqi army would understand their commitment in taking Mosul from ISIS. However, it has been noted that at no other time in history has the United States broadcasted its military plans to the enemy. Extremist against extremism.

However, extreme, there are other notions for why the United States made military plans to take back Mosul public. It is possible that President Obama wanted to get word to the people in Mosul that help is coming. The extremist group ISIS uses social media often so the ISIS soldiers in Mosul will hear the news quickly as well as the people who are trapped in Mosul. American Intelligence says military plans were given to the enemy to give people hope. Give the people of Mosul hope to hang-on for another day. The strength to push harder and the courage to give American allies information that can help free the city of Mosul. Extremist against extremism.