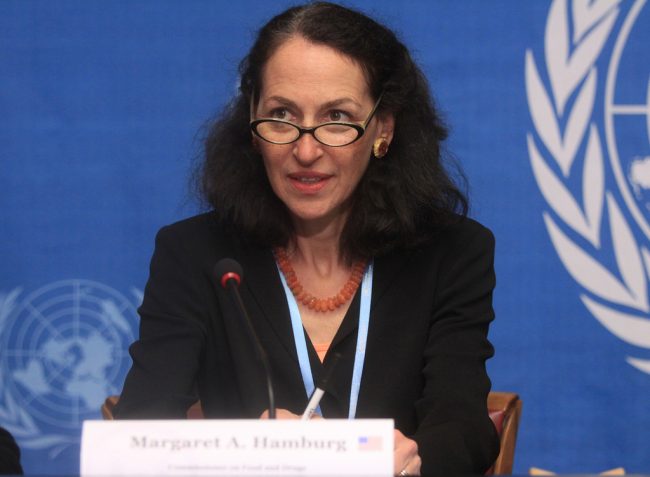 After nearly six years on the job, Dr. Margaret Hamburg announced her resignation as FDA Commissioner. Appointed by President Barack Obama in 2009, Dr. Hamburg is one of the longest-serving commissioners. In fact, she served longer than her three predecessors combined.

She stepped into the post following a series a high-profile safety issues at the agency that ranged from contaminated blood thinners to salmonella-tainted peanut butter, requiring one of the largest food recalls in U.S. history. As FDA Commissioner, Dr. Hamburg has been seen as stabilizing the FDA. A former FDA official, Steven Grossman said, “What she offered was stability, accomplishment, effectiveness, and restoring some of the prestige that it had lost. I think she leaves the place in so much better shape in terms of almost any dimension you can think of.”

Agency critics questioned Dr. Hamburg’s judgment at times. Anti-addition groups criticized her for not doing more to fight against prescription painkiller abuse. A frequent drug industry critic, Public Citizen, said in a statement that during Dr. Hamburg’s tenure the FDA “has grown even more cozy with the industries that it regulates.”

The authority of the FDA covers drugs and food as well as medical devices and tobacco. Agency officials like to say that it regulates about 20 cents of every dollar spent by consumers in America. While still in process, as FDA Commissioner, she contributed in creating a new food safety system, reforms in how drugs are reviewed, and new regulations for tobacco. Dr. Hamburg faced issues such as the opioid painkiller abuse epidemic, the rise of electronic cigarettes, and obesity. Furthermore, she has said the agency is making strides in an era that has brought a burst of new individualized treatments for small populations of patients based on genes.

She took control of the agency when its reputation had been battered by accusations that officials were allowing politics to influence their decisions. A federal judge ruled that in 2006 the agency deliberately delayed making a decision on the Plan B morning-after pill at the behest of the Bush administration.

The same contraceptive became a political liability under Dr. Hamburg when the FDA attempted to approve its sale over-the-counter for teenagers. At the eleventh hour the head of the department of Health and Human Services intervened and overruled the FDA, deciding that young girls should not be able to buy the pill on their own. As the FDA Commissioner, Dr. Hamburg stood by her agency’s decision and the drug was approved for non-prescription use in 2013.

Before resigning as FDA Commissioner, Dr. Hamburg oversaw the FDA at a time where it was more active on food policy since the early 1990s. The agency has phased out trans fats from food, proposed updates to nutrition facts on food packaging, and now restaurants and retailers are required to label calories on menus. Additionally, the FDA now has the authority to regulate the tobacco industry for the first time, with a focus on how cigarettes are marketed. The agency has banned all but menthol flavored cigarettes, removed some labeling, and increasing the size of the warning labels on smokeless tobacco.

Dr. Hamburg emphasized the importance of science in decisions and other reforms aimed at speeding up drug reviews. “At the heart of all of these accomplishments is a strong commitment to science as the foundation of our regulatory decision-making and of our integrity as an agency,” she said.

Hamburg resigned as FDA Commissioner, effective the end of March 2015. Replacing Dr. Margaret Hamburg as acting head of the FDA will be the agency’s chief scientist, Stephen Ostroff.

One Response to "FDA Commissioner Resigns"