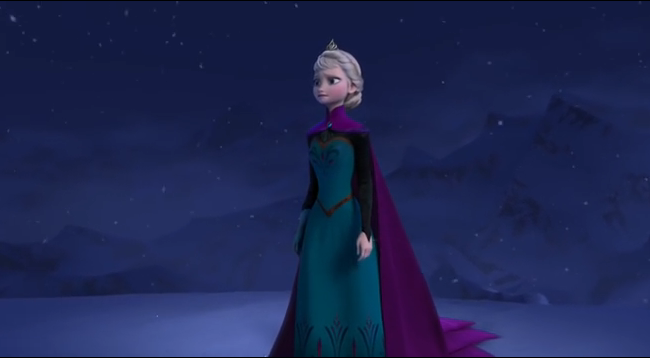 The cold may not bother Elsa, but it does bother Kentucky police. One town has issued a warrant for the Frozen character’s arrest due to the freezing temperatures. It has led to many children and adults seeing the funny side as the harsh temperatures continue.

It is not just the Harlan, Kentucky police getting in on this amusing action, either. A number of GIFs have appeared online using the Frozen character, Elsa. For those who have not seen the movie, she is one of two main characters and has powers of ice and snow. People creating the GIFs have used videos of Elsa using her powers to make people slip on ice around the country.

Now, Harlan police have warned residents to be on the lookout for the Frozen character. She has not exactly been named, but the description and photo are very clear. The police shared the warrant on social media, telling residents to look out for a blonde female, “last seen wearing a long blue dress.” She is known to burst into song, singing Let It Go, and is dangerous. Residents should not try to stop her on their own.

Kentucky has been hit with a new, severe cold snap over the past week. According to reports, temperatures have hit 30 degrees below zero, and residents are just getting fed up of it. They want the spring to come already. The state is not the only one to be hit with the cold. In fact, many states have been hit with the same cold snap, and the United Kingdom and Canada are also facing lower temperatures.

The Kentucky police decided to have fun while they could, saying that the Frozen character was wanted for the freezing temperatures. They created an old-style Wanted poster, with the Frozen snow queen in the middle of it. At the time of writing this, the post has already been shared over 12,000 times and it still doing the rounds. It has become so popular, that the Frozen character is now a trending topic on a number of social media sites.

Harlan is not the only town getting into the Frozen action. Hanahan, South Carolina has also gotten involved. Earlier this week, police arrested Elsa for the cold snap. The Frozen queen allegedly tried to freeze the water fountain outside the town’s city hall. She was later released without charges, since there was no evidence to present. The fountain had already thawed.

This was all a stunt created by Sakalas Photography’s Tammy Sakalas. She worked with Glass Slipper Productions, a company regularly arranging for Disney princesses—and now queens—to visit hospitals and birthday parties. The two worked together to make residents happier despite the freezing temperatures. With Frozen still so popular, the stunt went down well. The inspiration came due to the arrest warrant from Harlan Police Department.

Hanahan Police Department did get involved in the Frozen stunt. The video lasts for just 10 minutes, with Courtney Fazely playing the role. Glass Slipper Productions said on Facebook that Elsa was given community service in the end.

People want to have fun during this time of year, and now police departments are getting in on it. Harlan has put out a warrant for the arrest of the Frozen character for the freezing temperatures, putting smiles on many faces.