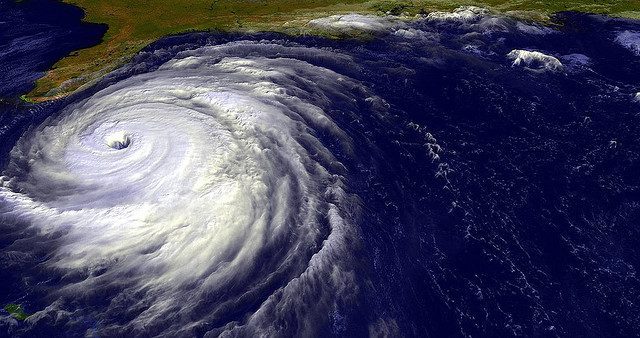 Hurricanes that struck the Northeast United States during prehistoric times were much worse than those of the modern era. A study published in the journal Earth’s Future showed that peering back in time, farther than scientists have previously had the ability, the region experienced hurricane activity, with a power hitherto unknown to science. Scientists found that temperatures in the Atlantic Ocean were much warmer than normal 1,000s of years ago. This was much like the oceans of today, as ocean surface temperatures increase due to global warming.

The findings come from an emerging field of paleotempestology – a field that studies past metrological occurrences beyond the 150 years people have kept detailed records of weather observations. To find evidence of the massive ancient storms, scientists investigate traces the most punishing storms have left behind in the sediment.

When studying the areas around Massachusetts, the researchers used boats to get to an area of the Falmouth Salt Pond, along with a vast array to geological research equipment. The team extracted a 30-foot-long core sample of the pond bed. The sediment core is what captured the history of huge storms, preserving the points in time when the Atlantic Ocean surged over the coast and washed parts of the beach into the small body of water.

The researchers discovered that during a 1,000-year period, starting in 150 A.D., 23 massive storm systems rocked the coast of New England, an average of one every forty years. From 1400 to 1675, there was an additional period of increased, extreme hurricane activity, recording 10 events. To understand the magnitude of these storms, scientists said that recent hurricanes like Sandy and Irene were not large enough to be recorded in the pond’s sediments. Therefore, the storms are nowhere near the intensity of those in previous centuries and millennia. The researchers stated within the last 100 years, the only hurricane to record its savagery in the sediments was Hurricane Bob, a category 2 storm, from 1991.

The periods of amplified storm activity correlate with warmer ocean temperatures, with a slightly varying situation each time, according to one of the researchers. In the initial period, sea temperatures were elevated in tropical regions, then warmer along the eastern seaboard in the second period.

Professor Kerry Emanuel, of the Massachusetts Institute of Technology, stated other research studies completed indicates that a warmer global climate will increase the occurrences of very intense, chart-topping hurricanes. Moreover, he explained that the study is fundamentally consistent with what atmospheric scientists believe will happen with the oncoming of global warming.

Though, the most important factor of the study, according to Emanuel, is that it shows that very powerful storms happened even without carbon pollution from humans. In previous centuries and millennia, hurricanes have been more intense and numerous along the eastern seaboard than in the last few decades. He said this means it is very likely it will happen again, regardless of human-induced climate change. Therefore, the scientific reasoning from the study’s researchers means that herculean-sized hurricanes may not just exist only in the past, they could very well strike the Northeast within a short amount time.