By Kimberley Spinney on February 15, 20152 Comments 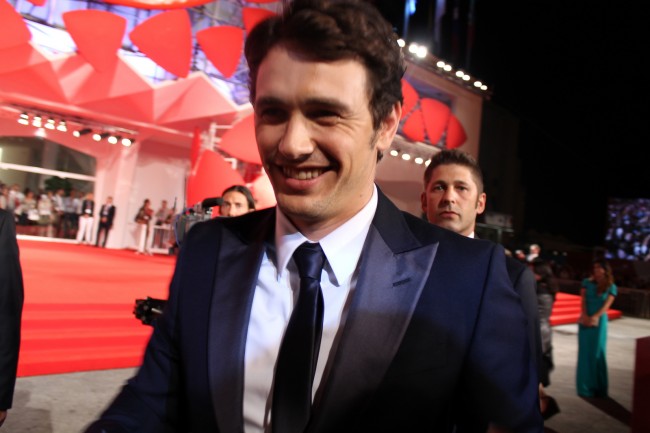 James Franco may be one of the busiest men in Hollywood. The actor had two movies that were filmed at the Sundance Film Festival in January, he is set to star in the upcoming Hulu program 11/22/63, he is teaching college courses at three different universities, and now, he is set to both act and direct in a new movie which begins production in March.

In his latest project, Franco is set to direct an adaptation of John Steinbeck’s In Dubious Battle. While the book might not be considered one of the better known works from this particular author, the actor, who has a Bachelor’s degree in English, has a fascination with all types of literature.

This is not Franco’s first time delving into a literary based movie. In the 2010 movie, Howl, the actor starred as Allen Ginsberg. He has directed and acted in such films as the biopic about the poet Hart Crane in The Broken Tower and the novel by William Faulkner, The Sound and the Fury. Franco is also starring in the upcoming adaptation of The Little Prince, which is set for release at some point this year.

In Dubious Battle was originally published by Steinbeck in 1936. It is considered by some to be one of the author’s first major literary works. The story is set in the 1930’s and is a portrayal of the struggles between capital and labor in America at the time. This particular story takes place in a fictional area in California and explores common themes in most of Steinbeck’s novels. Themes that the author portrays in most of his works, including in this particular piece, include social injustices, the inhumanity that man does against each other and different group behaviors.

In this adaptation of Steinbeck’s novel, Franco will be directing, and the story will follow a labor activist who is attempting to organize a strike among the fruit pickers in California’s southern region. The book was adapted into a screenplay by Matt Rager. He has previously worked with the actor on a few different projects. Rager is the same person to create the screenplay for Franco’s The Sound and the Fury and As I Lay Dying.

For this project, Franco has brought together such stars as Selena Gomez, Robert Duvall, Vincent D’Onofrio and Ed Harris. In the film the actor is playing the lead role of Jim Nolan, the man who is set to lead field workers in a strike against the growers’ association in the area. There is no word yet on which characters the other actors will be portraying in the movie.

Fans of Franco will have a number of opportunities to see the actor at work this year. Not only will he be starring in the Hulu project 11/22/63, but he will also be one of the stars of In Dubious Battle. Franco can be seen this year in the upcoming adaptation of Steinbeck’s novel, which he will both direct and act in, or in one of his other films such as I Am Michael and The Adderall Diaries.

2 Responses to "James Franco to Direct a John Steinbeck Adaptation"