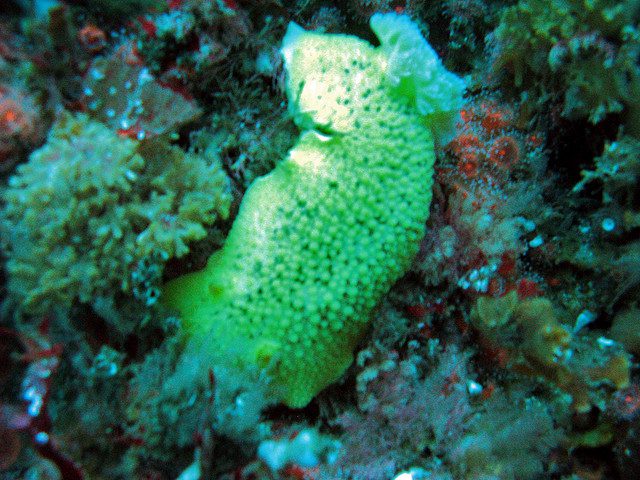 Scientists are dumbfounded after discovering a type of sea slug that creates energy using photosynthesis. Though, this does not mean the sea slug is primarily a plant or has chloroplasts as the Earth’s flora do. Researchers have found that these slugs produce energy through photosynthesis by ingesting algae and then stealing its genes.

A new study was published in The Biological Bulletin in December. Sidney Pierce, a researcher in the biology department at the University of South Florida, and his team used methods of advanced imaging to locate the genes in the emerald sea slug (Elysia chlorotica) that were transferred from a type of algae known to scientists as (Vaucheria litorea). They looked into the chromosomes to see variations of genes that are not normally found in sea slugs, but found in algae.

The slug has an unusual ability to take away genes from algae which lets it live exactly like a plant through photosynthetic production of energy for long periods of time. Pierce said that this is an astounding discovery because this is the first time horizontal gene transfer has been found in multicellular organisms.

The gene the researchers were attempting to locate is essential to the sea slug’s ability to withstand the process of photosynthesis which provides it the energy needed for it to survive. It also creates an enzyme that holds a vital role in the utility of chloroplasts that are normally found in all plants and algae that are capable of photosynthesis.

When the chloroplasts enter the slug’s cells after digestion, they continuously engage in photosynthesis for up to nine months. This is longer than they work in the cells of algae. The process then produces the carbohydrate and lipid compounds needed for nourishment and survival.

Pierce and the research team under him reported that they used a technique that includes fluorescent in situ hybridization to localize the nucleus-based gene, PRK, that is found in the slug’s DNA at both the larvae stage and adult stage. They confirmed the transfer of genes between the algae and the slug with the PRK probe.

The characteristic that the slug steals chloroplasts from algae and utilizing in its digestive system is a phenomenon referred to as kleptoplasty. This has baffled scientists because they are interested in finding out how the sea slug is able to main energy production through photosynthesis for such a long period of time.

Pierce explained the gene is fused with the chromosomes of the sea slug which means they are transmitted to its offspring so that they will be able to thrive by using photosynthesis, as well. Though, the new generation of slugs would have to find algae and ingest chloroplasts. They will not be able to initially create energy like plants do. Furthermore, they will need to live off of the same process to keep the gene imbedded in the species’ chromosomes.

The research team stated that the newly published study confirms one of many algae-based genes are needed to repair chloroplasts that have been damaged to keep it functioning so that it be passed on to the newer generations of sea slugs. Nonetheless, Pierce said that if kleptoplasty is found in this species of sea slugs, it could very well be found in other types of animals that consume algae.