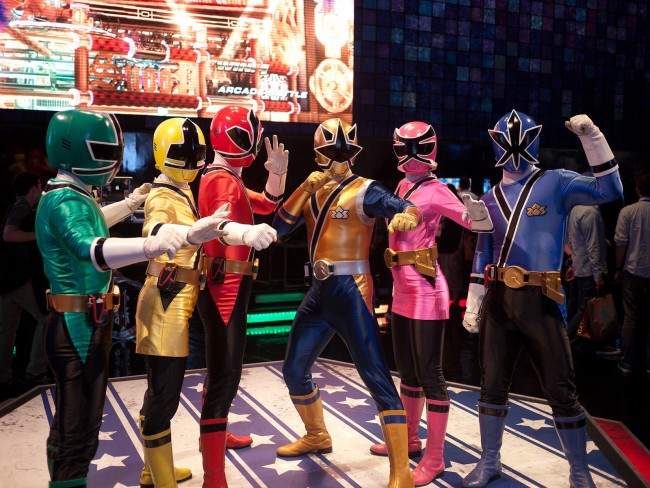 A former Power Rangers star has been arrested after a fatal sword attack. Ricardo Medina Jr. was arrested after being linked to the death of his roommate this weekend. He was being held with a $1 million bail, according to the Los Angeles County Sheriff officials.

The 36-year-old was arrested after an argument took place between himself and his roommate Joshua Sutter. According to Deputy Juanita Navarro-Suarez, the actor went to his bedroom and locked his door. He was with his girlfriend at the time. Sutter then followed his roommate, forcing the door open and an argument escalated into a fight. The Power Rangers actor reportedly has a sword in his room, and used it to stab his roommate when the fight quickly escalated from there.

Medina chose to call the emergency services, and was there when first responders reached the scene. He was arrested on the spot after the fight, and will appear in court on Tuesday in Lancaster, California. Gar Lester, the Power Rangers star’s agent, says that the allegations are difficult to believe. He is a “great guy” to his people and his dog.

The Power Rangers actor was arrested after the fatal sword attack took place, but no other details have yet been shared. Many are waiting for the court hearing to learn more details, as nobody on his team are discussing the matter. The police officials have also refrained from discussing the case. The case is ongoing to find out the truth of the incident.

Medina is best known for his role on Power Rangers Wild Force, where he played the Red Lion Ranger. The show aired in 2002, and he also voiced Deker’s character on Power Rangers Samurai in both the video game and TV series. He has had small guest roles on other TV shows, including CSI: Miami and ER. The 36-year-old has been acting for 12 years.

However, he has not just acted. The star has also worked on the side as a stripper. There are a number of half-naked photos on his Facebook page, which he reportedly shared himself.

He is not the first Power Rangers actor to be arrested for a crime. Child star Skylar Deleon was arrested and found guilty of yacht murders in 2004. He was sentenced to death for his crimes. He is currently still on death row. The prosecution told the court about the terrible details of finding bodies in shallow graves. His ex-wife Jennifer Deleon was also found guilty of helping him with the crimes.

It is possible that Medina’s case will not be as horrific. The actor remained in place after the incident, and seems to have remorse for his actions by calling 911. The details of why the events unfolded are still unknown. Lester continues to believe that the events are unbelievable, suggesting that there is something the reports are not yet sharing. However, the Power Rangers star has been arrested after the fatal sword attack. He will appear in court on Tuesday for his initial hearing, and his bail has been set at $1 million.