Stress Makes It Harder to Deal With Pain 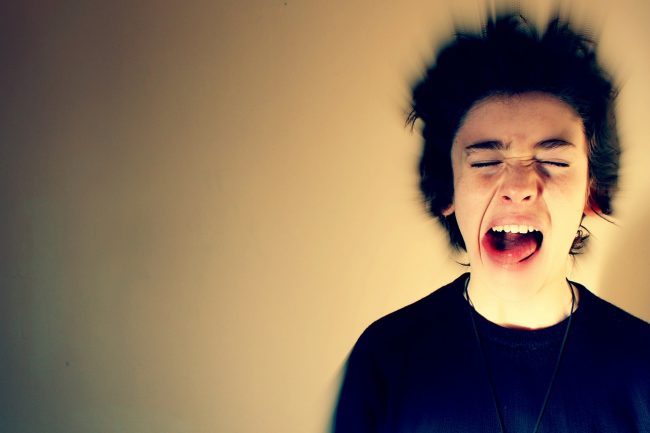 Stress makes it harder for people to deal with pain, according to a recent study. Tel Aviv University researchers found that the body cannot modulate pain as well as for those who are calm. However, researchers wanted to delve deeper to find out how people and pain thresholds were affected.

According to the study, the pain intensification was increased, while the pain inhibition capabilities were decreased. At no point are pain tolerance and thresholds affected by stress. Lead author, Professor Ruth Defrin explained that while there are some positive effects of this feeling, there are mainly negative ones. It is determined when someone feels they are in an unpredictable and uncontrollable situation.

The study took place with 29 men who were deemed healthy. They went through a number of pain tests that are commonly accepted, so researchers could understand a number of pain factors, including their inhibition and thresholds. Heat-pain thresholds were one of the factors, with individuals being asked to signal when their heat stimulus was too painful. These tests were required before they could go through the Montreal Imaging Stress Task (MIST). This would take the patients through a number of arithmetic exercises to induce psychosocial stress. The participants were told that the average score was between 80 and 90 percent, but none could score over 45 percent. It led to them feeling embarrassed and stupid.

The group was then divided up according to their levels. Defrin noted that the patients found they were less able to modulate the pain. Those who suffered the higher levels of stress found it harder to deal with pain, too.

Defrin went on to say that she found the results surprising. When stressed, she expected to see that people would be able to handle pain better. The hypothesis came from hearing how those who are injured during a fight or while playing sport find they do not feel pain or do not realize that they are hurt. They believed that the feelings from those situations led to the increased modulation of pain. However, that was not the case. In fact, the opposite occurred.

It is difficult to determine the type of stress that would be felt during a situation. Because of the results, Defrin believes that people need to learn how to reduce this feeling. It is important for people to adopt techniques to relax. Learning how to handle this feeling will help in a number of different ways.

Stress is linked to a number of health problems, including inability to sleep and high blood pressure. There are many techniques that can be used, including breathing techniques and exercise. Some methods of handling with the situations are genetic, according to a previous study. Those who are more resilient just have better genes. Those with the depression gene find it harder to handle the situations. That does not mean it is impossible; just harder.

Handling the feeling is important for various reasons. When it comes to pain, handling stress is important because it makes it harder to deal with pain.