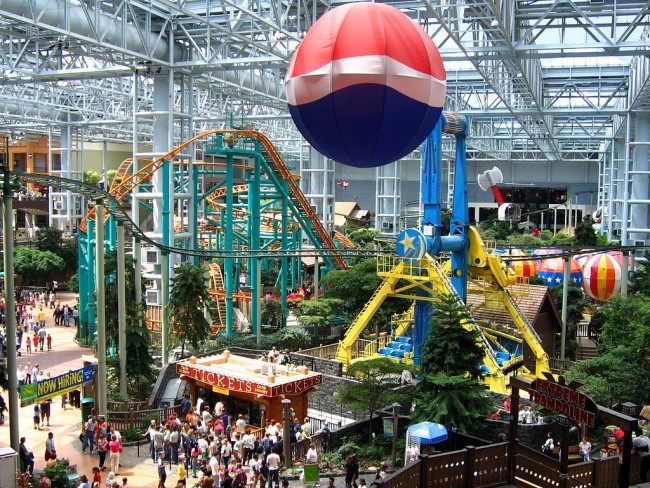 On the television show State of Affairs, a terrorist group targets several highly populated U.S. sites for bombings. One is detonated in a large Minneapolis, Minn., mall that is unnamed on the show, but presumed to be the Mall of America. In real life, now, the Mall of America is one of the sites threatened for an attack by terrorists. While the Federal Bureau of Investigation (FBI) is downplaying the threat, Homeland Security and other officials are taking no chances and stepping up security as well as telling the public to be vigilant at the Mall of America and elsewhere.

A video released Saturday by the Somali-based terror group al-Shabaab called for terrorist attacks in sites within the U.S., Canada and the U.K. The Minnesota Mall of America mega shopping center was singled out as one of the sites targeted by the Islamist extremists. Al-Shabaab gunmen were responsible for the attack on a Westfield shopping mall in Kenya in September 2013 that killed more than 60 people. Canada’s large West Edmonton Mall was also named in the threat.

On CNN today, U.S. Homeland Security chief Jeh Johnson cautioned that people visiting the Mall of America need to be particularly careful. He later backtracked slightly on Meet the Press, claiming that he was not suggesting that people avoid the mall. “I’m sure security at the mall will be enhanced in ways visible and not visible,” Johnson noted on Meet the Press.

“We take any potential threat seriously and respond appropriately,” the Minnesota mall said in a statement. “We have implemented extra security precautions, some may be noticeable to guests and others won’t be.” The Mall of America management reports that they are continue to follow the situation and work with law enforcement.

Located in the Bloomington suburb of Minneapolis, the Mall of America is one of the largest shopping malls in the world and the largest in the U.S. The 2.5 million square foot site holds more than 500 stores, a Nickelodeon theme park, the Sea Life Minnesota Aquarium, American Girl store, dozens of restaurants, a bowling alley and a movie theater. The Mall of America attracts locals, people from nearby states who make a day of going there, and tourists, and reportedly receives more than 40 million visitors a year.

Minnesota is one U.S. state in which Somali refugee populations that have settled in the U.S. Federal officials claim that al-Shabaab militants heavily recruit in the region and young men have reportedly joined the terrorist organization.

This reflect the “new phase” of global terrorism around the world, according to Johnson. In the past, terror groups trained followers to commit violent acts and they were disbursed to other parts of the world to take action.

Now, groups of terrorists like al-Shabaab, are using the Internet and social networks to reach people in other countries and incite violence, which was part of the State of Affairs plot this season, and threaten sites like the Mall of America. The bigger concern is if groups like al-Shabaab “inspire homegrown violent extremists inside the U.S,” commented FBI spokesman Rick Quinn, who expressed further concern that those extremists might see their propaganda and take action.

One Response to "Terrorists Threatened Mall of America"