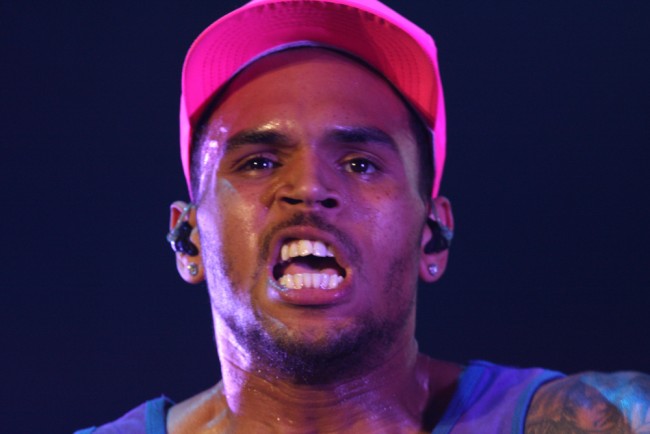 Today, news about Chris Brown and his new found role as a father has hit the blogosphere. Chris Brown’s nine month old daughter is named “Royalty.” The mother of Brown’s daughter is 31-year-old Nia Amey, a nursing student and part time model who has appeared in various videos of Brown’s. So far, it is unclear how the two met or how long the affair lasted, but what is certain is that nine month “Royalty” has definitely caused quite a commotion in Brown’s personal life. After the news broke, it would appear that Brown’s on and off girlfriend, Karrueche Tran, has moved on in search of greener pastures, tweeting “Listen. One can only take so much. The best of luck to Chris and his family. No baby drama for me.” There has been plenty of people willing to chip in their two cents regarding Brown’s latest controversy. Let’s take a look at some notable reactions to the news.

Rihanna had a very complicated relationship with Brown, especially after the singer famously assaulted he back in 2009. Rihanna was reported to be shocked by the announcement of Brown’s fatherhood. Saying that she had to read the story “four times before the news really sunk in.” She went on to say that if the story is true, Brown would make a “great father for his daughter.” This is a fairly supportive reaction considering all the things the two have been through over the years. Kudos to Rihanna for being supportive of Brown.

Unfortunately, not everyone accepted the news as well as Rihanna. Tran took to twitter to announce to the world that her relationship was over between her and the R&B singer. She was quoted as saying that she wants no part in the “baby drama” that will follow from this announcement. Someone close to Tran came out, and has said that “Chris is still trying to get a hold of her, and is calling and texting non-stop.” It really does not sound as though Tran is too shaken up after the recent announcement; as she was spotted partying out in Hollywood after the news broke. It is very hard to imagine that this would be the first time that Tran has heard about the baby. The infant is nine months old; and frankly it would seem as though Tran is just reacting for the public now that the news has broke.

Even though Brown has not made any public statements regarding his parentage, it looks as though he has the support of Rihanna, if not from his now ex-girlfriend Karrueche Tran. Royalty currently sits in Texas with her mother, Nia Amey. The child is completely oblivious to the media storm that was unleashed upon her famous father; and it should be said that whatever kind of stress that Brown goes through in the following days, people should be respectful to the mother and this little girl. Hopefully Brown will make a great father, and this little controversy will all be forgotten soon enough.