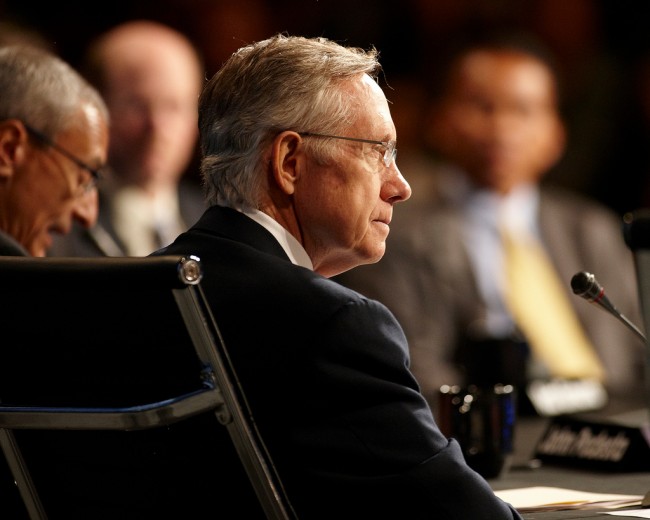 Chuck Schumer, Democrat and U.S Senator from New York, was endorsed by Senate Minority Leader Harry Reid to succeed him at the end of 2016, when Reid retires. From his home in Washington’s West End, the outgoing Democrat from Nevada expressed his confidence that his endorsee would be the right choice to lead the Senate, especially since his ties to Wall Street and his dynamic fund raising abilities helped the Democrats take the Senate majority in 2006, and then consolidate it in 2009.

Reid spoke to Senate Majority Whip Richard J. Durban and commented the conversation that the latter would stand down for Schumer. He said that the Senator Chuck Schumer, who he had endorsed, was “extremely smart” and with his New York demeanor, would bring a effective leadership as minority leader as opposed to Reid’s soft-spoken-ness. When asked about his own decision in in stepping down from his post, Harry Reid responded that he was not interested in growing old in Congress and prefers to be remembered for the first 34 years, rather than his last few.

Chuck Schumer Endorsed by Harry Reid for Senate Minority Leader added by ades.b on March 27, 2015
View all posts by ades.b →