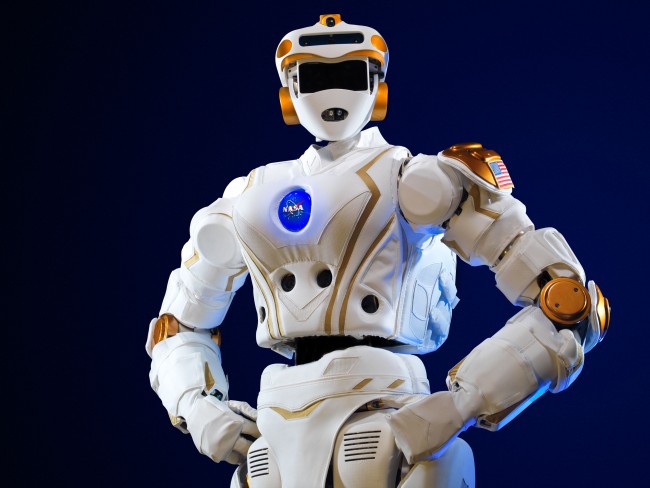 DARPA humanoid robots will infiltrate the Fairplex in Pomona, California, in June. Twenty-five robots designed to maneuver around a replica disaster-area obstacle course will compete in the third annual contest, hosted by the Defense Advanced Research Projects Agency (DARPA). Companies will come from Italy, Germany, South Korea, Japan, China and the United States. Those competing in the challenge include 11 returning teams who qualified due to points earned from the DARPA Robotics Challenge (DRC) trials hosted in Florida in December 2013. Teams come from technology development centers such as Lockheed Martin, Carnegie Mellon University and MIT, plus many other software and engineering companies and universities – even NASA.

The program manager of the DRC, Gill Pratt, says competitors are given one hour to complete the obstacle course. One part of the course requires the robot to drive to a “disaster area,” walk 30 feet through debris and other obstacles, close a valve, cut a hole in a wall, complete some wiring, climb stairs and then exit a building. There is also a task DARPA is keeping secret so that no team can prepare in advance for it. Points are earned for the completion of each task. In the case of a tie, the team who finished the course the fastest is declared the winner. Four robots at a time will compete against the clock to complete each task of the course.

This year, however, DARPA has added an upset. Every so often during the course, communication between the robot and its human controllers will be disrupted for about a minute at a time in order to simulate an actual disaster and the complications that come with it. The robot will have to function semi-autonomously during this time. Robots will also have to be untethered, meaning it will have to maintain its own balance. If the robot falls, it has to be able to get itself back to a standing position. Teams have to create either a robot or software that will control the Boston Dynamics’ Atlas humanoid robot, partly funded by DARPA.

Each team had to send a video to DARPA showing how their robot interacted with an emergency shut-off switch and that it could walk 10 meters without faltering, climb over a barrier, turn a valve 360 degrees and go from the prone position to the upright position. Many of the robots are bipeds, or humanoid-like, but there are other design choices. In 2013, the Rescue Chimp (CMU Highly Intelligent Mobile Platform) from Tartan’s group won third place at the DARPA competition. This robot’s arms were longer and had tank tracks to move. NASA’s Jet Propulsion Laboratory created the RoboSimian. This robot has four limbs for various purposes and is very stable. Team NimbRo Rescue’s design looked similar to movie cartoon character Wall-E  or NASA’s Curiosity Rover. All of these robots were DARPA competition winners.

The DARPA Robotics Challenge Finals will be June 5 and 6, 2015. During a news conference, Pratt said that, “Robots are very good at working in dangerous environments, while humans are very good at making judgment calls.” DARPA’s primary goal is research and development with hardware and software, enabling robots and humans to work together to deal with hazardous disaster areas, thereby reducing injuries and saving lives. DARPA’s first-place team will receive $2 million, while the second place team will be rewarded $1 million and the third place team will take home $500,000.