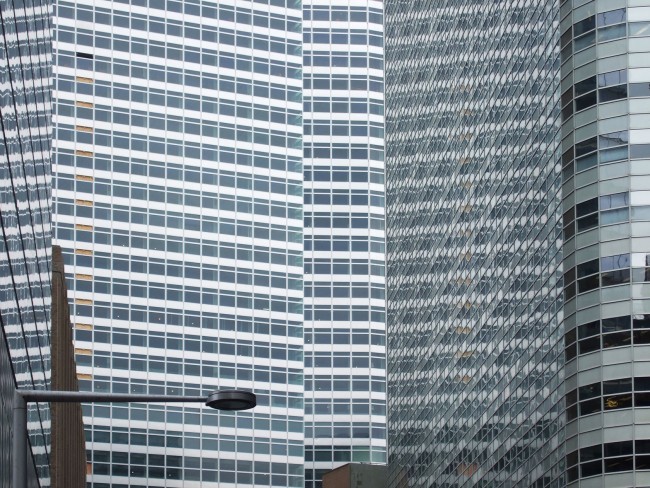 Goldman Sachs did not perform well as one of the 31 largest banks tested through the Federal Reserve’s Stress test, which is a qualitative test but all 31 banks have passed, so far. However, that was only phase one. Wednesday, the Federal Reserve will have reviewed all 31 bank’s plans for delivering capital to shareholders. This is based over the next few years using worst-case scenarios. Even the most extreme scenario of having combined losses of $500 billion. These plans will be either rejected or accepted Wednesday. It is debatable if Goldman Sachs’ risk assessment will be accepted. This is not just a test but an assessment of how a large bank handles risk. This is called a Comprehensive Capital Analysis and Review (CCAR) is Washington’s new favored way to keep track of big banks like Goldman Sachs.

The Fed would like to ensure there is not a repeat of 2008. In 2008, the banking systems brought the United States financial system to a point where taxpayers had to bail out big banks. If the Fed agrees with banking plans, then a bank can run it how it so wishes. The bank can buy back how many shares it chooses and pay out as many dividends, a  popular strategy of Goldman Sachs. The bank could also choose to raise more capital. However, if the Fed objects to the banking plans, there can be extreme consequences.

Last year Citigroup was the only big bank whose plans were not approved. The Fed cited Citigroup for “insufficient” advancement in areas the Fed had already flagged as needing improvement, among other “deficiencies.” The consequence being Citigroup was not allowed to return an extra $6.4 billion of its capital to shareholders through a buyback or by increasing quarterly dividends on common stock from one to five cents in 2015. Citigroup opted out of resubmitting plans and concentrated on the 2015 test.

Citigroup’s rejection came March 2014 and since then shares have underperformed the S&P banking sector by 12 percent. Its price to book ratio, which measures investors’ beliefs in the company’s ability to make a profit is one-third less for Citigroup than the big bank average at 0.8 percent. CCAR is the primary constraint for the financial sector, according to the professor of economics at the NYU Stern School of Business, Viral Acharya.

Citigroup was seriously effected when it failed the test. However, Mike Corbat, the chief executive told investors that the primary focus of the company was to get it right. Citigroup changed the way they evaluated risk. The sale of last week’s OneMaine, Citigroup’s last big prime business had a great effect. The company was able to sell off a more risky asset, improving CCAR’s perception of the bank.

Santander, a Spanish bank, also failed the CCAR last year. Santander’s improvement came in the way of hiring a chief executive full-time for its U.S. holding company. Also hired was a chief financial officer, a chief risk officer and other higher appointments.

Even banks that passed the CCAR last year cannot be complacent. Fed is preserving mystery in their methods. Banks need to stay alert and efficient. After five years of the CCAR, banks still do not know what to expect. Such as the amount of warnings given before plans are rejected.

Goldman Sachs passed phase one of the stress tests but fared poorly against other big banks. It is possible that Goldman Sachs will not be allowed to buy back its own stock or increase dividends. Goldman Sachs appeals to investors with dividends and shared buybacks. This technique is used when other parts of the bank’s business are working around obstacles. When a company buys shares of their own stock on the open market, that profit amount attributed to each share increases; an investor “failsafe.” Research has been released by analysts that don’t believe the Federal Reserve will allow Goldman Sachs to continue this buyback program after narrowly passing the stress test. According to analysts, Brian Kleinhanzl with Keefe, Bruyette & Woods crunched some numbers under this scenario. If Goldman Sachs will not be allowed to buy back shares, it is possible it will earn 42 cents less on what is expected on each share this year and $1.78 less a share over what will be expected next year.

This is a sign that the bank could be at risk. Goldman Sachs stocks dropped 1.7 percent Friday, the day following the stress test. However, the bank sector overall was up. The Fed’s stress test is powerful if it can make a big bank like Goldman Sachs falter after coming out of the financial crisis stronger than most. The Fed want banks to have enough cushion to be able to take on a loss if another crisis should ensue. Goldman Sachs would not be able to return money to shareholders if it would not leave the bank with a thick enough cushion to survive a severe financial crisis. However, the Fed will give its final answer concerning Goldman Sachs’ buyback plan Wednesday. It will depend on how the stress test is analyzed.

Goldman Sachs’ poor showing on the stress tests, compared to other banks is just the latest question about the bank’s business model. Goldman Sachs is the only big bank expected to face problems winning the Fed overall for approval of its dividend and buyback program. According to calculations, the stress test may leave Goldman Sachs with $700 million to spend on increasing dividends and to buy back stocks compared to the $5.5 billion it spent on buybacks last year. However, Goldman Sachs could offer the Feds other options for the bank to increase what is given to shareholders, for example, cut assets and issue new securities.

Goldman Sachs is already having issues with its business model due to slow trading activity the past few years. This is the market where banks make a lot of their money. The Volcker Rule required Goldman Sachs to stop propriety trading and investments that brought large profits. This year’s stress test examined what would happen to big banks if the stock market fell 60 percent. Goldman Sachs would lose $23.8 billion in trading operations, the most of almost every other bank.

The stress test proved that Goldman Sachs is returning its profits to shareholders through buybacks and dividends. The big bank has less capital than it would have had at the beginning of the stress test. In the past three years Goldman Sachs has spent $16.3 billion buying back its own stock. This is 70 percent of the bank’s profit during this period. This strategy is big with shareholders, and executives of Goldman Sachs say it is an important strategy, but now it is possible the bank will have to spend less.