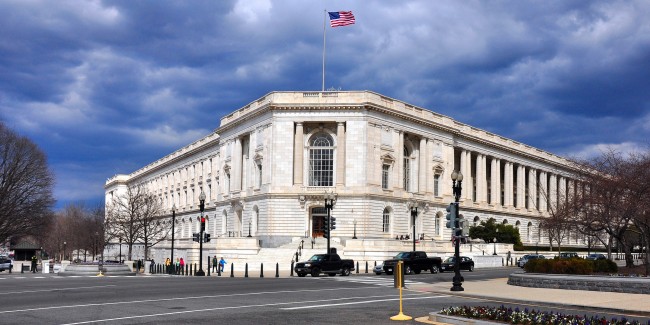 The battle to aid victims of human trafficking has hit a stand still, as the politics of abortion has been added to the mix. A new bill that would create not only a fund to help support victims of human trafficking, but also tools for law enforcement, is currently part of a major debate in the Senate, as Democrats and Republicans argue over a proviso regarding funding for abortions. Not only is the bill currently stalled, but the confirmation of Loretta Lynch, the nominee for attorney general, is also postponed pending the resolution in the Senate.

The goal of the human trafficking bill is to essentially create harsher penalties for those who partake in the trafficking. It would also give law enforcement officials more tools at their disposal to go after those criminals involved in these illegal and immoral activities. Additionally, there would be large fines imposed that would create a fund, currently listed at $30 million, to help support the victims. Sadly, the bill that would help those who had been a casualty of traffickers is currently at an uncertain point.

With the addition of a stipulation that none of the money in the fund can be used for abortions, unless in the event of a rape or incest, the human trafficking bill has become a victim of politics. The discovery of the antiabortion provision by Democrats seems to be a recent development, however, the wording is said to have been included in the bill since its introduction in January. In fact, one of the Democratic senator’s offices indicated, that an aide was aware of the provision since the very beginning.

It was not until the debates on the floor were set to start, that problems with the wording of the bill came to light. Although there are similar antiabortion provisions attached to other spending bills, it seems that the problem in this case stems from the length of time the bill would be in effect. The restrictions attached to the human trafficking bill would last for five years, whereas in other spending restrictions, the terms are reviewed and then renewed on an annual basis. Democrats are also against extending these monetary limitations to more funding.

A Democratic Senator from California, Dianne Feinstein, has spoken out against the abortion provision. In fact, she has said that she will not back down from this fight, as women have already lost so many fights regarding abortion. Feinstein’s stance even appeared to sway one of the lead GOP sponsors for the bill. Republican Senator, John Cornyn, was willing to reword the provision, but this was not satisfactory to Democrats and was once more rejected.

While the senate appears willing to discuss a compromise regarding the abortion provisions included within the human trafficking bill, the political agenda still seems unclear. Both parties are seemingly unwilling to compromise over the issue of an exception to abortion funding. In the meantime, there is only one week before the Senate is on a two week recess. Democrats want the antiabortion wording removed from the bill and Republicans refuse to back down. Even with supposed compromises being offered up, neither party seems willing to truly negotiate with the other. Now a bill that should have been an easy legislative act, is caught in the crossfire of political agendas.