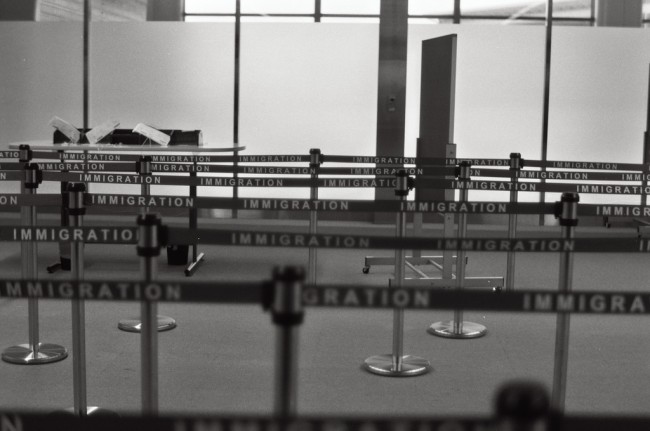 The inaccurate perception that undocumented immigrants perpetrate serious crimes at a significantly higher rate than United States citizens has wrongly influenced the United States immigration policy. In this, it has made said policy to be more adverse toward immigration and immigrants.

The United States of America has flourished under the many different races, ethnicities, cultures and societies that have been successfully assimilated into the “American Culture”. The government has attempted to create various policies that provide opportunities and resources available to individuals who are longing to enter the country, in order to fulfill their version of the “American Dream”. These individuals are the immigrants to which will be referred to.

Research has proven that immigrants in the United States have flourished, have the same goals and dreams as U.S. citizens, and have worked toward (as well as achieved), equally as many of these positive goals as U.S. born citizens. On the other hand, it is puzzling that immigrants have earned negative reputations when they have strived to become educated, own a home and worked so hard to make a good living for their families. Instead of receiving due recognition for this, they are perceived to be the cause of high crime rates in many areas of the country. With that perception in mind, many immigration laws were developed to make it more difficult for immigrants to gain entrance to the United States, as well as to become citizens.

Immigrants who have entered this country legally have increased dramatically. According to the Center for American Progress: “The foreign-born share of the U.S. population has more than doubled since the 1960s”. In 2011, legal immigrants made up 13 percent of the total U.S. population, meaning that they were one in every eight U.S. residents. Two-thirds of them arrived before 2000, 15.5 million naturalized, and there are 13.1 legal permanent residents and 11.1 million unauthorized migrants. These are strong statistics that demonstrate the effort legal immigrants have made to gain both citizenship and prosper in the country.

Said reports show that immigrants are less likely to commit crimes or be incarcerated than native-born Americans, and higher rates of immigration are not associated with higher crime rates. A 2007 study found that incarceration rates for immigrant men ages 18 to 30 in 2000 was 0.7 percent, while native-born men of the same age was 3.5 percent. While the U.S population grew from eight to 13 percent between 2009 and 2010, FBI data indicates that violent crime rates fell about 45 percent and property crimes rates fell 42 percent across the United States.

For the purpose of this research project, certain key phrases need to be defined, specifically. First, “anti-immigration” means any proposed or existing law, policy, rhetoric or ideology which seeks to restrict or constrain immigration while, at the same time, seek to make it more difficult for either legal or non-documented immigrants to live or remain in this country.

Next “illegal aliens or immigrants” refers to non-white, Latino immigrants entering the country’s southern border. In regard to the immigration policy debate, these terms rarely include reference to illegal Arian or white “illegals” entering through the western or northern borders.

Lastly, “crime” or “criminal activity” means the commission of a felony after legal or undocumented entrance into the country, or by a natural-born US citizen; also, this term specifically does not include the “crime” of undocumented immigration or the subsequent “crimes” associated with maintaining undocumented residence or employment in the United States.