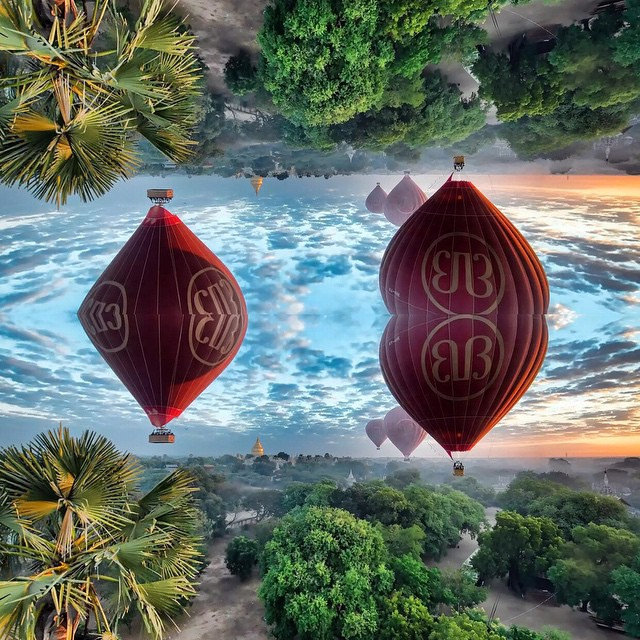 In this age of apps and even more apps, Instagram enters the fray with the unveiling of their new app, Layout, a photo collage service, now readily available to all Instagram users. There are numerous photo-sharing sites, but Instagram seeks to distinguish itself from the crowd with this new innovation. Layout is set to be launched this coming Monday.

Instagram purposes this new app with the hopes it will keep their millions of users from turning to other services to make online photo collages to share with friends and family. No longer will third-party programs or tools be necessary. The company wants to be everything their user needs for the best photo-sharing experience.

Layout, unlike it’s predecessor as the company’s first app, Hyperlapse, was an idea that came straight from the top. Kevin Systrom, Instagram’s CEO, began the work on the production of the collage app. Systrom was conflicted over how collage’s were posted to Instagram. He said it was a laboring task for users to save multiple versions of images before publishing the final result on their site. Systrom and his company hope to alleviate that slight annoyance with their own, homemade solution.

The app greets you with your phone’s entire camera roll. You are given the option of how you wish to sort the images, like most recent. The process is meant to be 100 percent user-friendly. To that end, since nearly all of the photos posted on Instagram are of people, i.e. selfies, family photos, profiles, etc, as the company reported to TIME magazine, there is a “Faces” accessible to users. That option immediately displays only the portraits/profiles throughout one’s camera roll.

The limit of photos that one collage can support is nine. Layout provides numerous ways in which to organize your photos any which way you choose. Horizontal configurations such as one-three-one-three-one (from top to bottom) or vertical configurations of two-three-three-one (left to right) are at one’s disposal. However, the new collage app that makes those photo configurations possible is not all the final project that Instagram plans to make available can do.

The main features that makes Layout stand out most from other collage app services is the total removal of border art selections. The photo-sharing company said the choice to remove that as an option was a conscious one. They want their users to search and explore the app as much as possible, using the effects to create dynamite collages. The two features they want their users to enjoy most are the mirror and flip editing tools.

Once the user believes their collage is beyond perfect, they then have the choice to share it on Instagram or Facebook, or through another app entirely. This way, Instagram reverses the problem they once faced. Now, people can utilize them as the third-party collage service to post to other sites. This way they can market the app while profiting from it in several different ways.

With Layout’s user-friendly interface, simplicity, and unique collage effects, this will make the selfie game even more intensive. Take nine selfies for one Instagram post will make the site less cluttered, ultimately making it run smoother. With the app’s “Photo Booth” addition, one’s iPhone camera can take up to four photos, or selfies, and place them directly into the collage for users to edit later.

While this new photo app does not add much to the photo-sharing game, it does more to ensure Instagram users to stay within the site for their need to make collages if they so desire. That is precisely all that the photo-sharing enterprise wishes for them.