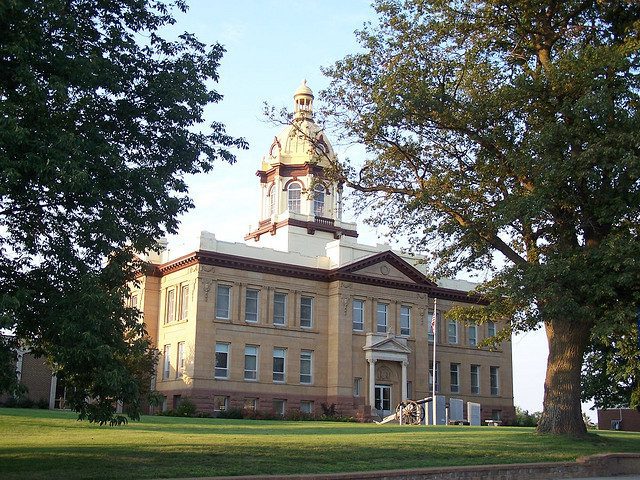 Abortion feuds have been going on for many years. Both sides, pro-life and pro-choice, have stated their reasons why it should or should not be illegal. Yet, it is still up to the mother to decide whether or not she will get an abortion. The pro-choice side has gained a small victory in Wisconsin. There, a judge has struck down the requirement that doctors in Wisconsin who perform abortions must have admitting privileges to a nearby hospital; within 30 to 50 miles of his or her practice. Striking down that requirement and stating it to be unconstitutional is the right decision. Women should have the right to choose from whom and where they get their abortions.

Striking the law down allows the doctor to perform an abortion anywhere, even if he or she is out of a 30 to 50 mile range from a hospital. It allows the woman to be more selective about who performs the procedure,which could lead to possible injury or death if the tools are not used properly or sterilized. It also leaves it up to the mother to decide how and where she wants her abortion to take place. Many women like to go to private clinics instead of hospitals because they do not feel judged by the doctor performing the procedure or other staff.  Although it is unlikely that another person would know that a woman is in the hospital to get an abortion, a woman will believe it so and may judge herself more, which can cause a lot of confusion, especially if she is getting an abortion for a good cause. Women wanting to have the procedure performed should be more concerned with the credentials of the doctor doing the procedure instead of making sure the location of the clinic is within the Wisconsin’s requirements.

The government, including Wisconsin officials, should not have a say in from where or from whom a woman can get an abortion. Without the location restriction, it is her decision alone where to go for an abortion to be performed, and to choose a professional she trusts who knows what he or she is doing. Ending the law benefits the polices of clinics such as Planned Parenthood, other women’s clinics, and private practitioners who are not located within 50 miles of a hospital. It reduces lay-offs of staff and foreclosures of private and small clinics. No longer will private doctors have to worry about getting hospital credentials to perform the procedure for women that would like a private surgery.

Appeals must be made to the Supreme Court so they can weigh in on the order, which will prevent the closures of clinics and putting professionals out of business. In ending this abortion laws in Wisconsin, the judge not only maintains the privacy of women and gives them control over their pregnancies, but also prevents costly repercussions to women’s health and businesses.

Women have the right to do what they want with their bodies. People should stop interfering with what a woman can and cannot do with her body, especially when she knows her body better than anyone else. It seems as if many do not understand that a woman does things to her body because of the intuitive knowledge she has of it, and she should not be judged or stopped from doing what she wants to do with it. Women must also take precautions with who performs medical procedures on her body. The Wisconsin judge who struck down the abortion law, stating it to be unconstitutional, has exhibited a real concern for the importance of women to keep their privacy.