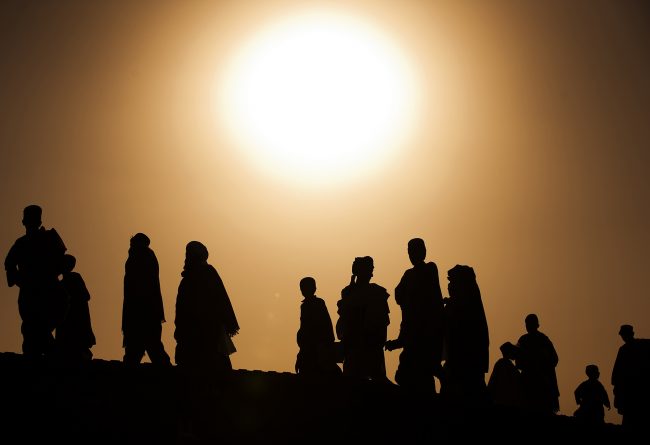 The war against ISIS is not just being fought in the Middle East but in social media as well. Once ISIS propaganda is discovered and thwarted, ISIS adapts to continue to exploit Twitter.

Brookings Project on U.S. Relations with the Islamic World is keeping track of how ISIS uses Twitter. They call it The ISIS Twitter Census. Data was collected from September to December 2014. It has been estimated that there are around 46,000 IS Twitter accounts, but the number of accounts could be closer to 90,000. The study discovered that much of IS’ social media activity is from a committed group that is less than four percent of those users, about 500 to 2,000. Those few users have been extremely effective at getting out their message despite attempts from Twitter to stop ISIS accounts.

Twitter started suspending accounts when ISIS groups started sharing disturbing images and graphic videos of brutal executions of hostages. Linked accounts gave reports on IS land takeover in northern Iraq and eastern Syria giving unlimited access to Twitter users watching from anywhere. However, when Twitter suspended these accounts, there was a spike in the accounts that support ISIS. It is believed that these accounts could have been created in direct response to the suspensions. Another response to suspending the accounts was anonymous posts to file sharing websites. These websites include Justpaste.it, Archive.org and other sites popular with the militant group. Following this, these anonymous posts still eventually end up on Twitter.

This report was published within days of Twitter death threats from ISIS over accounts being suspended. Twitter blocked 20,000 accounts linked to ISIS in February. Suspending the accounts does limit the scope and reach of the ISIS propaganda on Twitter. However, suspending large numbers of accounts does not stop the activities, nor should it be expected to do so.

The study found that suspending the Twitter accounts only creates obstacles for supporters who wish to join ISIS social networks. This also isolates supporters, causing them to search for the hard-core radicals. This radicalizes supporters even faster. The study shows that typical supporters are found where ISIS is fighting such as Iraq and Syria. The study found hundreds of accounts that sent tweets had the location data enabled.

The authors’ of the study admit that deleting accounts and the habits of ISIS users’ to change their name, change accounts, deleting old accounts, having private accounts as well as multiple accounts under one user-created great difficulty in gaining truly accurate information. Twitter neither participated in the study nor gave any internal data and is not commenting. However, a spokesman for Twitter said they had looked over all of the reports and content that is against Twitter rules, prohibiting unlawful use and specific and direct threats of violence toward others.

The report concludes there needs to be more complete research on how groups use social media to spread propaganda. The study also thought Twitter and the U.S. government should put together a proactive strategy for finding terrorists. Social media platforms need to decide if they want to continue on as is, able to put out fires that erupt or prevent those that are starting the fires to begin with.

There is a need to walk the fine line of censorship. This is a primary concern for free speech groups. However, realistically social media websites do regulate speech without disclosures or oversight of how suspensions are regulated. However, there is a need to protect children who have accounts on Twitter while militant groups, like ISIS post disturbing graphic propaganda of public beheadings and burning people alive.