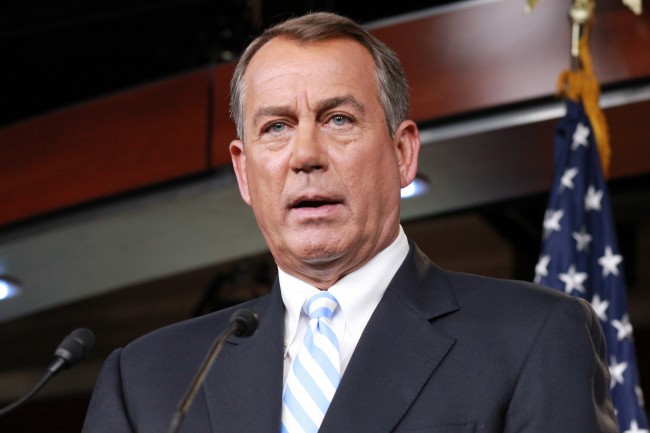 Republican House Speaker, John Boehner, put the blame on President Obama, accusing him of being thoughtless concerning the near shut down of Homeland Security. Boehner claims that the Republicans believe the president has overstepped his bounds. The Republican’s goal is to prevent the President from illegal activities.

Republican leaders were caught off guard after the three-week resolution to fund the Department of Homeland Security (DHS) did not pass. Instead, a one-week funding of DHS was passed as a band-aid to this potentially detrimental issue. Even though the three-week funding bill did not include anything to do with immigration, it still did not pass.  Boehner was surprised by this because he really thought that the House had enough Republican votes to get it to pass.

There are some Republicans who will not support money for Obama’s immigration actions that are included in the DHS funding. Most Republicans were hoping the three-week DHS funding would pass, giving them more time to try to make a deal of some kind with the Senate. The Republicans planned to see if a federal lawsuit had proceeded. There is obvious division among Republicans.

Republicans are claiming unification, and do not believe Obama’s immigration statutes created a workable law. House Majority Whip, Steve Scalise, warned that Republicans do not have a method to fund DHS beyond Friday. Boehner would neither confirm nor deny that he was working on a way to fund DHS for the rest of the year by next week.

According to Boehner, there are 435 members of the House and there are many ideas about what should happen and how it should get done. The far right will not pass any DHS bill that includes President Obama’s actions for immigration. However, that bill was blocked from the Senate by Democrats. Another version removed all the parts concerning immigration to placate the Republicans. The Republican House would not pass that bill either. Boehner’s ability to lead has also come into question.

The three-week funding offer was intended to avoid the dilemma of a Homeland Security shutdown. However, the House refused and passed a seven-day provision, delaying this issue another week. House Majority Leader, Kevin McCarthy, claims they can and will do better. McCarthy also claims that their are differences concern the how and when, but they agree on the what. The only “what” Republicans are agreeing on, is that Obama is over-reaching his authority. The House needs to focus on funding for Homeland Security, and Boehner is not reeling them in to focus.

Boehner is afraid of losing his job. There was fear that if the House voted on the Senate’s bill that was stripped of anything to do with immigration, and not attack Obama on the immigration issue, conservatives would vote to remove him as Speaker of the House. Nobody wants Boehner’s seat. Representative Charlie Dent from Pennsylvania says it is time to stop playing games and govern the country.

There are Representatives in the House that do not particularly like Boehner, but there is no challenger and no plans to vote him out of his seat. This next week, the Senate and the House will have a joint conference committee to try and come together, and make their differences work for them, instead of against them.

Republicans have come together on the issue to fight President Obama’s actions for immigration, referring to them as “illegal.” The Republicans only see this one issue. Scalise is hoping Democrats will pass a bill that will give Homeland Security the funds it needs while unraveling Obama’s actions on immigration. According to some in the media, it is past the time for John Boehner to stand up and make a decision.

This week Boehner will have to decide if he is going to side with the members of the Republican party that want to use the DHS funding issue to block Obama’s immigration plans or will Boehner side with the Democrats and pass the DHS funding without any immigration plans. Boehner has made it clear that he would do whatever was necessary to stop Obama’s misuse of his office, and he believes that this misuse issue is the primary problem that needs to be resolved.

The Democrats claim they were promised, by Boehner, a vote on the immigration-free bill for DHS funding before this Friday’s shutdown. However, there are Republicans that believe that this decision by Boehner would not deal with Obama’s misuse of power, and it could set a dangerous precedent for Congress. Republicans want Obama to know that they are in control.