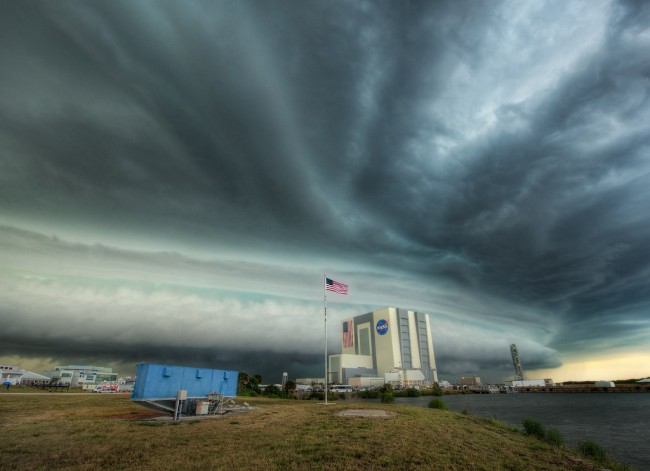 The 200-foot Atlas V rocket has been on the pad at Cape Canaveral in preparation to launch with four NASA science satellites. A transporter carrying the United Launch Alliance rocket came out from the processing tower at 10:00 a.m. from Launch Complex 41. Four observatories that are a part of NASA’s $1.1 billion Magnetosphere Multiscale mission have been loaded on top of Atlas V.

NASA’s mission is to spend two years studying “magnetic reconnection,” the process in which magnetic fields interact, break, and reform in the Earth’s atmosphere. Scientists have been baffled by energy bursts in the atmosphere and have asked NASA for the funds to build a measurement instrument to discover why the anomalies occur.

Previous weather forecasts showed a 70 percent chance of weather favorable for a rocket launch during a 30-minute window.