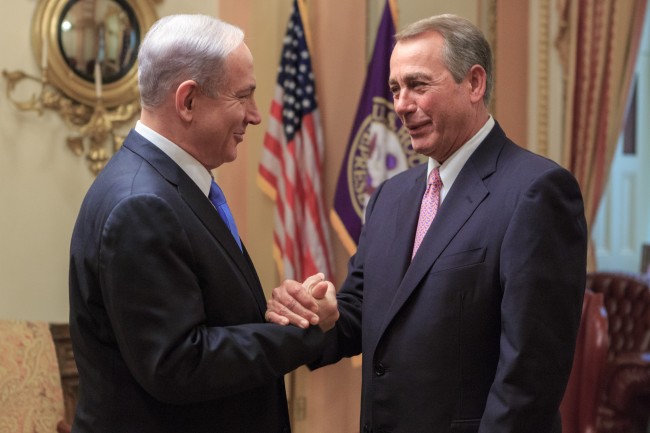 History was recently created in the Israeli parliament, as Prime Minister Benjamin’s rightist Likud party stormed to a clear victory. The declared results were an absolute turn over from the exit polls, which had forecast defeat by a narrow margin for Netanyahu’s rightist Likud party. This was the fourth term won by the Israeli Prime Minister Benjamin Netanhayu against the center-left Zionist union.

The latest poll results show Likud winning 30 seats and the Zionist Union gaining 24 seats in the 120-seat parliament, the Knesset. The prime minister  has already begun discussion with the other parties to form the new right-wing coalition government. The Israeli election registered a turnout of seventy one percent, the highest in the last 15 years, with a record number of female candidates at 28 and more Arabs on the candidate list.

Seventy-two percent of the voters turned out for the elections, which was four points higher since the last election in 2013. In a run-up to the election, the prime minister  finally came up with a clear mandate to serve the fourth term for the Israeli government.

“Against all odds, against all odds, we achieved this huge victory for Likud,” said Netanyahu to his jubilant supporters after the massive victory. According to sources, Netanyahu has initiated talks with the parties expected to form a coalition with him: The Jewish Home Party, Kulanu, Yisrael Beitenu, Shas and the United Torah Party. “As long as I remain the prime minister, I will never allow a separate Palestine state,” declared Netanyahu.

However, Netanyahu’s win has left U.S.-Israel relations strained, with the U.S. speculating on his diplomacy on the Palestine issue. On the day of the voting, one of his comments drew criticism when he said “Arabs voted in droves” in public, which is divergent of the usual view in face of its dominant Arab populace.

There are speculations that if the U.S drafts a resolution for a two-state solution, then Israel may face a stand-off from the international community. Despite his convincing victory, Netanyahu has numerous challenges to face in the wake of his new term, not to mention his demilitarization for the Palestinian statehood. The prime minister’s win has received a cold response both from the European Union and the US, as his campaign mostly revolved around ruling out a two-state solution and a pledge to build Jewish settlements in east Jerusalem.

Though Netanyahu has won a convincing victory, it has isolated him from the international community, due his backing off from a two-state solution to the Palestine issue. He also stymied the U.S. efforts to bring  Iran to the table for nuclear talks.

White House spokesperson Josh Earnest said that the U.S. will “re-evaluate its approach” on the Palestinian peace issue. Netanyahu’s election campaign was primarily based on security issues, passing economic issues and visiting the city of Har Homa, of which he promised to preserve the sanctity and “continue to build and fortify” the city to prevent any division in the future.

The prime minister also credits his election win to the growing regional prowess of Iran in the region.Celebrating Netanyahu’s victory on Wednesday, his supporters chants filled the air saying, “You’re the magician.”

Netanyahu is the second premier after the nation’s first premier, David Ben Gurion, to serve the longest term in office. According to a Half Arab official, Netanyahu is a man “who believes strongly in protecting his people, and this is what Israel wants now.”