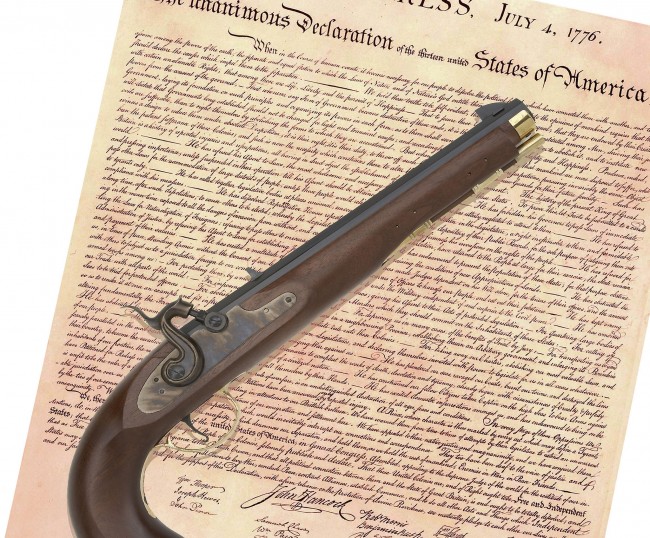 A new law proposed for introducing stricter background checks for gun owners has been drafted on the lines suggesting that bearing arms should not be treated as a right, but a privilege that must be enjoyed with responsibility. The Oregon Firearms Safety Act, Senate Bill 941 in the Oregon Legislature, would require criminal background checks prior to most private gun sales and transfers in Oregon.

However, no background checks would be needed for such transactions between private security workers, members of the U.S. military, married couples, and immediate relatives. The measure orders buyers and sellers of guns except those who are absolved, to appear in person in front of a licensed gun dealer so that a background check performed by the Oregon State Police can be completed.

According to Oregon law it is illegal for an individual who has been convicted of a domestic abuse misdemeanor, has a mental health disorder, or is a felon to possess a firearm. Opponents of the bill say that background checks may be inaccurate and unreliable. They further stated that the measure violates their Second Amendment rights and paves the way towards banning possession of firearms. While supporters of the bill suggest that it will make it difficult for people with violent criminal records and mental illnesses to gain possession of fire arms and simply resolves a loophole in the law that was not considered before the beginning of internet gun transactions.

The bill is sponsored by the Democratic Senator Floyd Prozanski, representing the fourth district. This is for the purpose of simply taking one more step towards authorizing police officers to prosecute individuals selling guns to people who had not been scrutinized and to make sure domestic abusers and felons do not acquire guns that they would not allowed to have. This is the reason why the new law proposed in the state of Oregon for introducing stricter background checks for gun owners has been drafted on the lines suggesting that bearing arms is a privilege that must be enjoyed with responsibility and should not be treated only as a right.

The state police of Oregon points out that about 19,000 firearm transactions take place every month in Oregon and approximately one percent of those are rejected due to the fact that the buyer cannot pass a background check. The most common reason for this being that the buyer has an outstanding restraining order or felony for domestic violence. The proposal is now headed to the floor of the Senate.

Violating SB 941 for the first time by selling a gun without any background check would give the seller a misdemeanor punishable by a fine of $6,250 and up to one year in jail. Receiving a second violation would be a felony subject to a fine of $250,000 and up to 10 years in prison. Thus the new law proposed for introducing stricter background checks for gun owners has been proposed on the lines suggesting that bearing arms is a privilege that must be enjoyed with responsibility and should not be treated as a right.

One Response to "Bearing Arms a Privilege, Not a Right: New Gun Control Law"