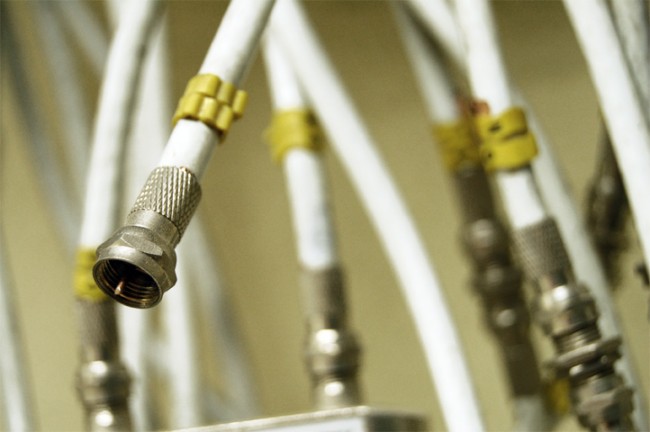 With a purported $10.4 billion bid, Charter Communications is set to acquire telecom rival Bright House Networks.  This action represents yet one more major consolidation of internet service providers with cable television services.  Charter is positioning itself to become the number two cable service in the United States with this proposed deal that still hinges on approval by its shareholders.  It will elevate the company’s subscriber base to well over 10 million customers.

Currently, Bright House Networks is the number six cable company in the U.S. with over 2 million subscribers.  Their base extends from their headquarters in Syracuse, NY into Florida and even some Southern California markets.  Bright House is a privately held company not traded on the New York Stock Exchange.

This acquisition of Bright House Networks by Charter Communications is indicative of the high level of competition in the cable industry.  As consumers increasingly access content digitally and with the programming fees demanded by content providers on the rise, pay television companies are convinced that growth and expansion increase their bargaining strength in rate negotiation.  Add this to the trend of programming availability on gaming devices like Sony’s Playstation series and the big cable providers are justifiably concerned.

Last year Comcast (the nation’s largest cable provider) scooped Time Warner Cable (TWC) up effectively outbidding Charter Communications in their own takeover acquisition attempt.  Simultaneously, AT&T bought satellite service DirecTV for a whopping $49 billion.  In a consolation move, Comcast has entered into a deal with Charter Communications to divvy up customers in some overlapping areas.  This also figures into Charter’s solid expansion plans.  While shareholder approval still remains, excitement is palpable as Charter stocks are trading at all time highs on the stock exchange.  Market analysts agree that this acquisition will only increase the valuation of Charter’s investment worth.  It gives Charter Communications expansion into key markets and provides them with great tax and strategic benefits.

Another contingency in this acquisition lies in approval by federal and state regulatory agencies. The Federal Communications Commission is currently reviewing the Comcast-TWC deal, the AT&T-DirecTV deal as well as the pending Comcast-Charter customer swap for public interest and potential customer benefit.  There is industry concern that these behemoth companies have not been necessarily transparent with subscriber contracts.  The Justice Department must also review the mergers for any antitrust issues.  All of these deals have exceeded the customary 180 day review period due to the complexity of the terms of acquisition.

Public and consumer advocacy groups have also been very vocal in their criticism of these particular mergers.  These mega consolidations typically decrease competition between providers leading to higher fees and diminished customer service.  However, the merger of Charter Communications with rival Bright House Networks is much smaller compared to the Comcast or the AT&T deals.  Insiders believe the delay in approval is not an indication of a potential denial of the regulatory nod.

Pending approval, operation of the new Charter would be through a partnership with Charter Communications owning 73.7 percent and Bright House’s corporate parent, Advance/Newhouse, retaining 26.3 percent of control.  Advance Newhouse executives believe this merger represents the strongest future for both companies. With its acquisition of rival Bright House Networks, Charter Communications solidifies its position as a power house in the telecom business.