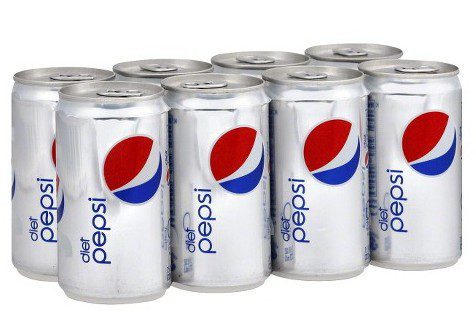 Sales of diet soft drinks continued to slide last year. In an attempt to stop freefalling sales, PepsiCo Inc. announced Friday that it planned to remove the sweetener aspartame (and substitute another) from Diet Pepsi products in an attempt to address consumer health concerns about the artificial additive. The sweetener switch, however, is not likely to put the fizz back in sales of Diet Pepsi and other soft drinks.

The beverage company reported plans to replace aspartame (which is in Equal) with sucralose, another artificial sweetener packaged commercially as Splenda. They indicated their research shows that the number one reasons consumers are now shunning diet colas is aspartame, which has been linked to cancer in some studies. The company plans to blend the sucralose with acesulfame potassium to sweeten Diet Pepsi, the Wild Cherry version and its Caffeine Free products for the U.S. market beginning in August.

Pepsi’s big news ignored some major facts that have influenced their low-calorie soda sales as well as sales of Diet Coke and other competitors. People are not pulling back from soft drink consumption because of aspartame; they are cutting back for over all health reasons. Additionally, consumers have not responded to sweetener changes before. Lastly, people who are loyal and regular purchasers do not like when their product tastes different (seen any cans of New Coke lately?).

Diet Pepsi sales reportedly fell 5.2 percent in the U.S. in 2014. Diet Coke sales fell 6.6 percent. It used to be that people opted for the diet soft drinks instead of full-calorie ones to watch their weight. Nowadays, however, more people have switched to bottled waters; the writing on that wall is clearly why both Pepsi and Coca-Cola own bottled water brands (Aquafina and Dasani).

Furthermore, if the soda manufacturer was so worried about aspartame, it is curious that the company plans to keep it in diet colas outside of the U.S. In addition, they are not taking it out of their other diet drink offerings, such as Diet Mountain Dew.

Coke and Pepsi have both tried switching around their diet sweeteners over the years. They both spent heavily in developing zero-calorie sweeteners that can be marketed as natural. Each rolled out versions of their products using stevia, which is derived from a plant but leave an aftertaste. So, the beverage companies added a little sugar to improve the taste, trying to sell them as a lower-calorie alternative to regular sugary drinks.

Coca-Cola claims it is not following its competitor’s lead on aspartame. Coke CEO Muhtar Kent said on CNBC today, “I’m not here to defend aspartame,” but then cited a European Food Safety Authority report that said aspartame is one of the most “researched ingredients in the world and safe.” Later on Friday, Coca-Cola issued a statement saying it did not have plans to change Diet Coke’s sweetener.

PepsiCo proudly boasted today that its diet cola would soon be “aspartame-free,” They claimed they are listening to consumer preferences. However, the real preference and reason sales have been sliding on all diet drinks and most soft drinks is a societal move away from sodas. If that continues, it is not likely that a sweetener switch will lead to improving Diet Pepsi sales so PepsiCo needs to look elsewhere to put the fizz back for investors.